‘Beginning to export can be challenging, but there are massive opportunities for Australian firms’
Karen Andrews, Minister for Industry, Science and Technology read more
Our new e-magazine is OUT NOW. Click here to read.
REGISTER ADVERTISE
SUBSCRIBE TO OUR FREE NEWSLETTER
PUBLISHED | JANUARY 19, 2015
COMMENTS | NONE
Tweet

Australia-India trade ties ‘closer than ever’ 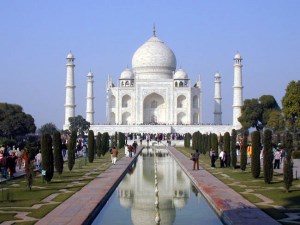 Trade Minister Andrew Robb is confident a free trade agreement between Australia and India will be finalized before the end of the year.

The two countries are “on the cusp of a new dawn in their commercial relationship,” Mr Robb says.

Speaking at the end of Australia Business Week in India (ABWI), a week-long roadshow designed to boost trade and investment between the two countries, Mr Robb said: "There is something special going on in India.

“The enormous vision of Prime Minister Modi has excited many people. Australia is looking forward to being a part of this very important period in India's re-emergence as a significant power."

Mr Robb had a series of high-level government meetings including with Prime Minister Modi, Finance Minister Arun Jaitley and a number of other senior ministers.

"This high-level delegation has shown the Indian business community that Australians are willing, as we would say, to put skin in the game," Mr Robb said.

"This visit has been an important step towards unlocking the vast untapped potential in the relationship between our countries.”

Mr Robb said already a number of deals have been negotiated in a variety of sectors, building the business bonds between Australia and India.

This has included agreements between Woodside and the Adani Group on LNG supply, Wollongong University and Pandit Deendayal Petroleum University on mining excellence, the National Australia Bank and the State Bank of India and the SAE Institute and Reliance Media in the film sector.

Key priority for both Prime Ministers

"Our top business leaders will be critical to the success of this relationship. I'm confident they're up to the task of building trade and investment, which will create jobs and increase prosperity for the people of our countries," Mr Robb said.

Mr Robb welcomed the strong reiteration from Prime Minister Modi of his commitment to finalising a comprehensive bilateral trade agreement by the end of this year.

"I will keep coming back to India to ensure we get our negotiations over the line this year. This is a key priority for both our Prime Ministers," he said.

During ABWI, Mr Robb attended Gala Receptions in both Delhi and Mumbai showcasing the best of Australian tourism and premium food and wine.