'USMCA is the most important deal we've ever made by far’
US President Donald Trump read more
Our new e-magazine is OUT NOW. Click here to read.
REGISTER ADVERTISE
SUBSCRIBE TO OUR FREE NEWSLETTER
PUBLISHED | JUNE 8, 2018
COMMENTS | NONE
Tweet 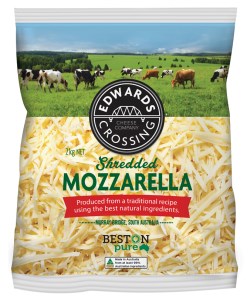 An Australian premium food company is hoping its new mozzarella cheese production will help it win a slice of Asia’s booming pizza market.

Based in South Australia, Beston Global Food Company commissioned its new plant in March in the well-respected cheese-producing region of Jervois, near the banks of the Murray River.

The A$26.5 million plant scaled up to full production of about 500 tonnes per month in May and has the capacity to produce up to 14,500 tonnes of mozzarella a year.

Marketed under the company’s Edwards Crossing brand, the mozzarella has received export accreditation and is expecting to ship its first major orders in the coming weeks.

Chief Executive Officer Sean Ebert said the equipment in the plant was brought in from Italy and used adjustable steam injection technology that made it the most advanced mozzarella facility in Australia.

He said the market opportunity in Australia and export markets was mid-to-high end pizza chains that were looking for a good quality mozzarella at a competitive price.

“We believe our position is at the premium end of the market and that’s why we invested in a state-of-the-art method for producing mozzarella and that’s our platform for taking it forward,” Mr Ebert said.

The Jervois site was once known for producing the best mozzarella in Australia and Beston is banking on the new plant enhancing that reputation.

Beston Global Foods also owns a second cheese production facility in nearby Murray Bridge where it has been producing Edwards Crossing Cheddar, Gouda, Colby, Pepato and Romano cheeses since 2015.

The company purchased the two former UDP sites in 2015.

The recent expansion of its dairy production has been a major focus for Beston, which also sells premium products from its meat, seafood and health portfolios in Australia, Asia and the Middle East.

“It will diversify us from retail into food service so it is a big opportunity and our cheddar mainstream product will go with our mozzarella hand in hand,” he said. 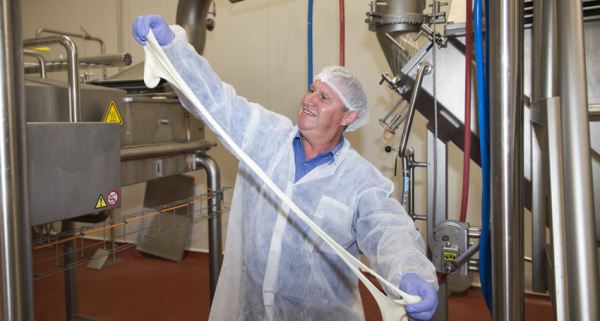 The Chinese pizza market is reported to be growing at between 15 per cent and 30 per cent year on year and is dominated by mozzarella supplied by New Zealand-owned company Fonterra.

“We were called to China by one of the big pizza chains so they could understand the specifications of our mozzarella because they are currently exporting it from New Zealand and the US,” Mr Ebert said.

“We are pleased to say so far our product is standing up very well.

“We’ve only just started activating the Chinese market for mozzarella because we’ve got so much demand from the Australian market.

“We’ve also sent product to Vietnam and Korea and they’ve tested it against the mozzarella they’ve been using and said it’s far better than anything they’ve got in their market.”

In Australia, 907 Woolworths stores this week began selling the Edwards Crossing Fancy Bites range, which is aimed at the fast-growing adult snacking market.

Beston is also having success with its flavoured range of Kyubu snack cheeses (below), which are sold in Southeast Asia and China.

“As we build up sales we’ll build up more milk,” Mr Ebert said.

“Our facilities have a total capacity of around 300 million litres of milk a year, now we’re operating at 90 and we’ll be stepping that up to 300 in line with growth over the next three or four years.”

Australia produced 337,000 tonnes of cheese in 2016/17 of which about half was exported predominantly to Asia.

Based in the South Australia capital of Adelaide, Beston Global Foods listed on the Australian Stock Exchange in 2015.

The company uses a closed loop supply chain whereby it owns many of its own farms and controls the processing and distribution of its products globally.

“Increasingly, discerning consumers are looking for healthy products from Australia and they recognize that South Australia is a source of very pure, very healthy food products,” Dr Sexton said.

“New Zealand got into China earlier than Australia so we’re playing catch up but South Australia is recognized as having similar qualities to New Zealand in terms of the purity of our farms and oceans.”