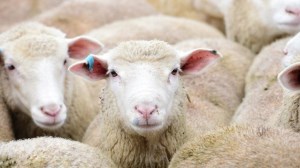 Moves are being made to change the definition of lamb to give Australian exporters the same opportunities as their New Zealand counterparts.

Agriculture Minister David Littleproud said legislation would soon be introduced to change the definition of lamb in line with New Zealand to remove an “unfair advantage” NZ producers have over Australian farmers.

Lamb had previously been considered to have grown into the less lucrative “hogget” or mutton as soon as incisor teeth were visible.

But in NZ, lamb are still considered lamb after two teeth have popped through. The issue has been the subject of debate for decades.

“Lamb will continue to be called lamb when the animal has two permanent incisor teeth, so long as those teeth are new and have not begun to wear,” Mr Littleproud said.

“Our export definition will now match New Zealand’s definition and our own new AUS-MEAT definition.

“This is a simple common-sense change.”

Mr Littleproud said Australian growers could now sell more lambs toward the end of the growing season and expand their lamb export opportunities.

“It will be easy for growers to see when a lamb becomes a sheep – when there is visible wear on the incisors.”

The change requires amendment to the Export Control (Meat and Meat Products) Orders 2005, to change the definition of what constitutes lamb.

Research by Meat and Livestock Australia found no discernible difference in eating quality between lambs immediately prior to incisor teeth and immediately afterwards.