‘UK wine exports are at their highest level in a decade’
Rachel Triggs, Wine Australia read more
Our new e-magazine is OUT NOW. Click here to read.
REGISTER ADVERTISE
SUBSCRIBE TO OUR FREE NEWSLETTER
PUBLISHED | AUGUST 18, 2015
COMMENTS | NONE
Tweet 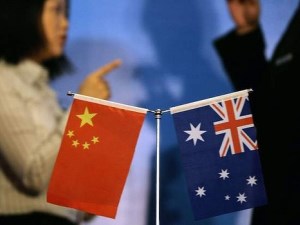 A Parliamentary Budget Office (PBO)Estimates report has revealed that recently signed Free Trade Agreements with China, Japan and Korea, will result in a $7 billion loss of foregone tariff revenue over the 2015-16 Budget forward estimates period.

In July this year Greens Senator Peter Whish-Wilson made a written request for an analysis regarding the “Revenue impact of recently-signed trade agreements.”

The PBO responded this month, publishing the Tariff Revenue Impacts of the Korea, Japan and China Free Trade Agreements report.

The PBO report breaks down the three trade agreements, by industry classification, detailing the loss to revenue to from tariffs over the 2015-16 Budget forward estimates period.

According to the report, the Korea-Australia Free Trade Agreement (KAFTA) is estimated to reduce revenue from tariffs by $635m and increase expenses by about $900,000 over the forward estimates.

In April last year Trade and Investment Minister Andrew Robb said in a media release that KAFTA will add $650 million annually to the Australian economy when in full force.

And according to the PBO report the Japan-Australia Economic Partnership Agreement (JAEPA) is estimated to reduce revenue from tariffs by $1.59 billion over the forward estimates period.

The China-Australia Free Trade Agreement (ChAFTA) is yet to be published in the budget. But the National Interest Analysis that accompanied the ChAFTA agreement shows a loss of tariff revenue for Australia of $600 million in 2015-16 and $4.15 billion over the forward estimates period.

The Senate References Committee on Foreign Affairs, Defence and Trade, has established an inquiry into ChAFTA, with August 28 the closing date for submissions.

John Taylor is an export grants consultant specialising in Export Market Development Grants. He is an active lobbyist for EMDG legislative change.