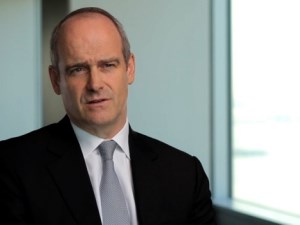 Mr J. Michael Evans, Group President of Alibaba Group will be in Melbourne next month to deliver a keynote address on his company’s global growth strategy – including plans to open an Australian office later this year.

Asialink Business and the Australia China Business Council will host the event at the Park Hyatt Melbourne on July 20.

It will be Mr Evans’ only public address during his Australian visit.

China’s e-commerce sector is expected to surpass RMB 6.5 trillion (A$1.4 billion) in total volume this year.

The Alibaba Group is now the world’s largest retail platform, with ambitious plans to grow its business outside of China.

Mr Evans, who was appointed President of Alibaba Group in August last year, will reveal Alibaba’s growth strategy in Australia and internationally.

He will also identify opportunities for business to participate in and benefit from the dynamic and evolving global e-commerce ecosystem.

Mr Evans is also a member of Alibaba Group’s board, having served as an Independent Director since the company’s initial public offering in September 2014.

Before joining Alibaba Group, he served as Vice Chairman of The Goldman Sachs Group, Inc. from February 2008 until December 2013.

The Alibaba Group operates leading online and mobile marketplaces in retail and wholesale trade, as well as cloud computing and other services. It provides technology and services to enable consumers, merchants, and other participants to conduct commerce in the global ecosystem.