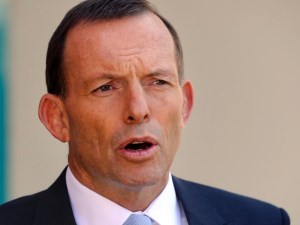 Former prime minister Tony Abbott has urged the UK and Australia to strive for a one-page free trade agreement when Britain officially leaves the EU.

In a foreword written for a report by the UK’s Free Enterprise Group, Mr Abbott says “Brexit means that Britain is back” and he calls for the movement of goods between the UK and Australia to be “absolutely free of tariffs or quotas”.

Britain’s decision to leave the European Union was not a vote against free trade “because the EU has acted as a protectionist bloc against trade with outsiders,” Mr Abbott wrote.

Brexit gave Britain the chance to do its own trade deals, he said. “Free trade agreements with economically advanced Commonwealth countries are the obvious place for Britain to start.” Mr Abbott said no two countries were more like-minded than Britain and Australia with a common language, set of values and much shared history.

Goods should be free of tariffs

“If Britain is determined to make the most of Brexit — and everything about Prime Minister (Theresa) May shows this steely determination — why not strive for a one page FTA with Australia?”

Mr Abbott said each country’s product and service standards should be recognised in the other.

The movement of goods between the two nations should be “absolutely free of tariffs or quotas.”

Mr Abbott said Australians should also be free to live in the UK and vice versa. The Free Enterprise Group report urges the UK to look to the Commonwealth’s open economies of Australia, Canada, Singapore, and New Zealand to secure FTAs in time for Brexit.