‘UK wine exports are at their highest level in a decade’
Rachel Triggs, Wine Australia read more
Our new e-magazine is OUT NOW. Click here to read.
REGISTER ADVERTISE
SUBSCRIBE TO OUR FREE NEWSLETTER
PUBLISHED | JULY 17, 2014
COMMENTS | NONE
Tweet 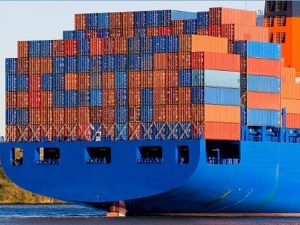 Australian exporters are feeling positive, with 95 per cent of SME exporters expecting their overseas sales to remain the same or grow in the next 12 months.

The proportion of SMEs that expect their overseas sales to grow in the 12 months has increased by around 10 per cent since February.

The research, conducted with 856 exporting SMEs in June is the second in a quarterly series conducted by EFIC.

Just over a third of respondents (34 per cent) said the key reason for their positive expectations for the year ahead was due to an expected fall in the Australian dollar.

The Australian dollar is currently trading between .93-94c against its US counterpart.

Many economists predict the currency will fall to .80c-85c in the next 12 months.

Other reasons cited for an anticipated growth in export sales included better business conditions and improved demand in existing markets (24 per cent), introduction of new products and services (16 per cent) and an improved sales strategy (13 per cent).

SMEs also continue to be upbeat when it comes to expected profitability. In line with their confidence in increasing export sales, 31 per cent expect the profitability of their international operations to increase in the next year. This is an increase of 6 per cent from the previous quarter.

With conditions expected to be favourable, exports are becoming an increasingly important revenue stream for SMEs.

SME exporters reported that export revenue is making up a larger proportion of their overall turnover, which is at 14 per cent in June, compared to 12.7 per cent in February.

Exporters with a turnover of between $20m and $100m expect their overseas revenue to make up 20 per cent of their turnover by this time next year.

In terms of where this revenue is coming from, China, Oceania & New Zealand, and India were named as the most important export markets by Australian SMEs, reflecting no change from the survey in February.

Accessing finance to support overseas growth continues to be a challenge for many SMEs.

More than one in four (26.5 per cent) expect access to finance to become more difficult over the next 12 months, an increase of 4.2 percentage points from the last survey.

“It’s extremely encouraging that so many SMEs are feeling confident about the export environment over the next 12 months,” he said.

However, access to finance remains one of the major concerns of small to medium size exporters.

As exporters grow, there is usually a need to fund that growth, explains Mr Watson.

It’s often difficult to obtain finance from major banks because of the risks associated with trading overseas.

And in many of these cases, EFIC can assist.

“EFIC’s strategy and objective is to help SME exporters with commercially viable export contracts. We work closely with the banks and get help clients in pursuing export opportunities overseas,” says Mr Watson.

Don’t try to secure finance at the last minute

His advice to SME exporters who are struggling to obtain finance to grow their business:

“You should always engage with your bank early, rather than trying to secure finance at the last minute. Early engagement is really important.”

“Our main purpose is to help small and medium sized businesses to grow and win contracts internationally. If they are commercially viable and profitable contracts, we are confident they should be bankable.”

Through its loans, guarantees, bonds and insurance products, EFIC has helped many Australian exporters and subcontractors take advantage of new contract opportunities that may otherwise have been out of reach.