Why China's currency has two names 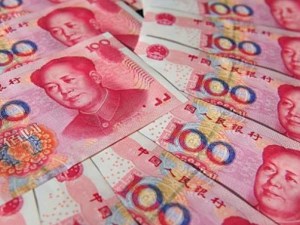 Some refer to China’s currency as the yuan, others call it the renminbi. Who is right?

Both names are perfectly good, but in slightly different ways.

Renminbi is the official name of the currency introduced by the Communist People's Republic of China at the time of its foundation in 1949. It means "the people's currency".

Yuan is the name of a unit of the renminbi currency. Something may cost one yuan or 10 yuan. It would not be correct to say that it cost 10 renminbi.

An analogy can be drawn with "pound sterling" (the official name of the British currency) and "pound" - a denomination of the pound sterling. Something may cost £1 or £10. It would not be correct to say that it cost 10 sterling.

The word yuan goes back further than renminbi. It is the Chinese word for dollar – the silver coin, mostly minted in the Spanish empire, used by foreign merchants in China for some four centuries.

This is the "piece of eight" (or "real de a ocho") beloved of pirates and their parrots – worth eight reales and known as a peso in Spanish and a dollar in English.

The European merchants who started arriving in the early 16th Century went to China to buy silk and porcelain. Their Chinese partners wanted silver, preferably these large European-style silver coins.

China, as a result, was the destination of much of the silver coming from the mines of Spanish-America.

The dollar of choice among Chinese businessmen was for a long time the Spanish Colonial Mexican dollar. Later it was the so-called Eagle Dollar produced by independent Mexico.

In the second half of the 19th Century major trading nations starting producing their own "trade dollars".

The UK produced a trade dollar, and so did the US, as discerning Chinese traders demanded higher-quality silver than the metal used in regular US dollars. China's first domestically produced machine-struck dollar coin, or yuan, was minted in Guangdong province in 1890.

The Chinese phrase for the US dollar is "mei yuan", the American yuan. The Japanese and Korean names for their currencies, the yen and the won respectively, are derived from the same Chinese yuan character. The Chinese name for the Japanese yen is the "ri yuan".

In the world's high-flying financial circles, the word "renminbi" (or RMB) is often preferred to yuan (or CNY, short for "Chinese Yuan").

However, Chinese people rarely talk about renminbi or yuan.

The word they use is "kuai," which literally means "piece" and is the word used historically for coins made of silver or copper.

Also common is "10 kuai qian", literally "10 pieces of money". "Kuai" is colloquial, like "quid" in the UK and "buck" in the US, but it is the word used in everyday Mandarin, whether you are in Beijing or Taiwan – which of course, has its own currency, the new Taiwanese dollar, also known as the yuan.

The same thing happens again when you break down your yuan into smaller units, the jiao and the fen (one yuan is equal to 10 jiao and one jiao is equal to 10 fen). There is nothing wrong with the word jiao, it is just that most people use the word mao instead.

Anyone suspecting a link between the mao and Chinese former communist leader Mao Zedong would be mistaken.

The character is the same as Mao's surname, but the word was used long before he came to prominence.