Where is the global economy heading in 2018? 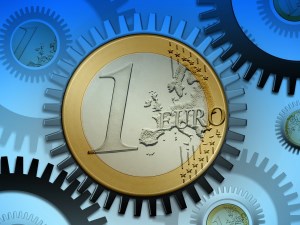 Global economic momentum, which began picking up in the second half of 2016, has solidified through the year.

While six months ago we were cautiously optimistic, this edition of the Atradius Economic Outlook paints a positive picture of the world economy over the forecast period.

However, now is not a time for complacency. Particularly the normalisation of US monetary policy, badly needed to address a future downturn, is a balancing act.

As 2017 closes, global GDP growth is forecast to expand 2.9 per cent, a marked step up from the lacklustre 2.4 per cent growth last year. The 2018 outlook is stable, with 3.1 per cent growth expected.

Eurozone growth has been stronger than expected thus far in 2017 and is expected to lead other advanced markets with 2.3 per cent growth forecast. The US is forecast to see a 2.2 per cent expansion while the UK economy is expected to slow to 1.5 per cent this year and next.

Emerging markets are also enjoying strong growth, largely driven by high external demand, better policymaking, and recovering commodity prices. Latin America is forecast to expand 1.1 per cent and further to 2.5 per cent in 2018. Eastern Europe is a surprising addition to the upside, with growth expected to pick up to 3.1 per cent this year before moderating to 2.3 per cent in 2018. Emerging Asia continues to lead growth with a steady 6 per cent forecast this year and 5.9 per cent next year.

The cyclical upturn in the global economy is driving a more positive insolvency outlook in both advanced and emerging markets. It has accelerated world GDP growth to 2.9 per cent after the slowest expansion since the global financial crisis.

Momentum has been broad-based and spans both developed and emerging economies, and is expected to carry through 2018.

In advanced economies, where inflation is staying stubbornly low, central banks look to move forward with monetary tightening. While the outlook for 2017-2018 is strong, now monetary policy tools must be sharpened to counter the next economic downturn.

There remain several risks that could push the global economy out of the calm waters it is now in.

The key risks to our global outlook are:

The Eurozone has been the star performer thus far in 2017, with loose monetary policy and tightening labour markets finally pushing consumption growth higher. While political uncertainty was the primary concern to the outlook in May 2017, developments have largely rejected populism and strengthened the positive view.

Policy uncertainty remains a concern in the US, but our baseline scenario is policy continuity. Economic growth is accelerating there, supported by consumption, higher investment, and, possibly, some fiscal stimulus.

The UK economy is resilient but slowing slightly due to lower consumption and investment. Advanced Asia is benefitting strongly from the global upturn in international trade.

Moderately slower economic growth in China is expected to strain growth slightly in many emerging markets in 2018 though.

Besides a few exceptions, the insolvency outlook is moderately positive for 2017 and 2018, supported by the cyclical upturn in the worldwide economy. On top of a new forecast model, we expand our forecasting into advanced Asia and some key emerging markets, depending upon data availability.

The global economy is definitely in calmer waters, finally. But complacency is not recommended. The reasons are not so much the consumption-driven character of the acceleration or the still-muted level of growth.

Rather, what deserves full attention now is awareness that calmer waters will certainly not remain so. The current upswing, being largely cyclical, will undoubtedly be succeeded by a downturn.

It is therefore crucial that, when the next downturn sets in, economic policy tools, especially those of monetary policy, need to be available to keep the global economy above water.

Monetary tightening that has currently set in by the Federal Reserve, and to be followed suit by the European Central Bank, will provide for the requisite policy tools: interest rates are being hiked and money taken out of the market.

It will be a very gradual process but, at some point, acceleration will become inevitable. That will be a balancing act.