‘UK wine exports are at their highest level in a decade’
Rachel Triggs, Wine Australia read more
Our new e-magazine is OUT NOW. Click here to read.
REGISTER ADVERTISE
SUBSCRIBE TO OUR FREE NEWSLETTER
PUBLISHED | JANUARY 5, 2016
COMMENTS | NONE
Tweet

Where is the Aussie dollar heading in 2016? 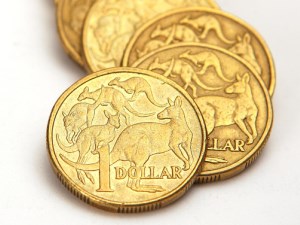 The Australian dollar performed better than anticipated against the Greenback in the last quarter of 2015.

However, Michael Judge a Corporate Foreign Exchange Dealer at OFX (formerly OzForex), expects the local currency to continue to fall, albeit slower, over the first quarter of 2016.

Mr Judge notes that the Australian dollar was one of the best performing G10 currencies during Q4, 2015, when valued against the US dollar.

This was despite shedding 10.6 percent over the past 12 months.

The Australian dollar bounced from levels below the US 0.69c mark in early September, to close to US0.73c this week.

This will be followed by a continued bias toward further falls (albeit at a much slower pace to those witnessed over the past 12 months).

This suggests that Reserve Bank Governor Glenn Stevens is comfortable with the Aussie circulating around the US0.70c mark, he says.

With investors eyeing a big data set mid-week (building approvals, retail sales and trade numbers) all for the month of December, macro releases, even if positive aren’t likely to offer a strong enough backing to see the broad 0.7150 – 0.7350 range broken.

“As long as existing monetary policy expectations remain intact, we are still seeing some solid appeal to sell the Aussie when above 0.7320, favouring a higher degree of comfort when trading closer to 0.7250.”

Where is the US Dollar heading?

Notching up its third consecutive year worth of gains, the US Dollar Spot Index climbed by 8.9 percent in 2015.

This feat will be hard to match off the back of the US Federal Reserve’s first interest rate hike in December since 2006, Mr Judge says.

“Suggesting already that, Janet Yellen (head of the US Federal Reserve) favours a milder growth trajectory now ahead of steeper correction later, the projected four hikes this year is currently at odds to what’s being priced in.

“In what’s potentially the single most important component of broader forex markets this year, the mismatch between market pricing and Fed pricing means fundamentals will need to be strong, if this gap is to be breached.”