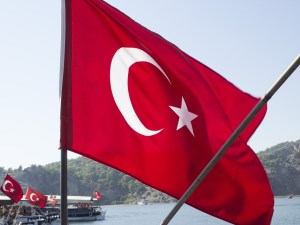 Rating agency Fitch has cut its outlook for Turkey’s sovereign credit rating to negative from stable as the agency continues to assess the fallout from the coup attempt last month.

Fitch’s decision came a week after Moody’s decided to delay its ratings decision for Turkey (Moody’s said on July 18 it was putting Turkey’s credit rating on review for a possible downgrade to junk status which is just a one-step drop from the investment grade).

Another cut by Fitch or Moody’s would take Turkey's average sovereign rating to junk for the first time in three years.

In a special brief released yesterday, Coface, a global leader in credit insurance and risk management, says risks to political stability have heightened in Turkey following the unsuccessful coup attempt in mid-July.

Coface predicts 4% GDP growth for Turkey in 2017, with a country risk assessment: B.

Fitch said although public opposition to the coup attempt and following unity of all the political parties have lessen political fractures, a purge of some 70,000 public sector workers generates uncertainty. Political uncertainty may affect economic performance, according to the agency as it poses risks to economic policy.

According to Fitch, growth is forecast to dip due to lower investment, although a strong start to the year leads to an expected growth of 3.4% this year (3.8% for Coface). ?

In addition, Fitch statement underlines that security conditions have worsened in Turkey. In the past five years Turkey has been the target of 20 terrorist attacks leaving hundreds dead and wounded. Coupled with tensions in bilateral relations with Egypt, Russia, Israel until recently, this dragged down seriously Turkey’s tourism revenues which dropped 35.6% in the second quarter of 2016 from a year earlier. ?

Economic and political uncertainty may lead to other downgrades of Turkey by major rating agencies, which would trigger a sell-off of Turkish assets by institutional investors.

In case of a downgrade and a removal from investment-grade indexes used by many investors as benchmarks for their portfolios, capital outflows should increase significantly and would cause a sharp depreciation of the lira. This would weigh very negatively on financial situation of many companies and deteriorate their payment performances.

In particular, companies with debt denominated in foreign currency are at risk. Although most corporate foreign currency debt is long-term, domestic corporations could experience rising balance sheet stress and weaker profits. Thus, a sharp and abrupt lira weakening should constrain domestic spending through deteriorated business confidence and reduced corporate profits. ?

On August 5, Moody’s said it will continue to assess the medium-term impact of the failed coup on Turkey’s business climate and growth prospects.

The failed coup attempt should weigh on Turkey’s growth by dragging down consumer and business confidence, reduce investment and consumption appetite, narrowing turnovers and profits in the private sector.

Authorities said Turkey cannot attain its growth target of 4.5% in 2016 as downside risks have risen, especially in the third quarter due to the failed coup attempt.

On the other hand, there is an important uncertainty about who is involved in Gulen movement.

Authorities said 4,262 companies and institutions having connection with Gulen had been shut.

Among the businesses were two Fortune 500 companies, both running large retail chains, according to media reports.

If this creates a managerial fragility in these companies, their payment performance may deteriorate, affecting negatively other companies and buyers having common business ties.

However, Turkey’s economy still enjoys solid fundamentals. Fiscal discipline remained in place in 2015 despite the holding of two parliamentary elections. The central government deficit narrowed slightly to 1.2% of GDP, from 1.3% of GDP in 2014.

Fitch underlines that growth is comfortably in excess of peers, averaging 4.4% over 2011-2015 compared with a peer median of 3.2%.

Moreover, although the lira hit its weakest ever level of 3.09 versus the US dollar following the coup attempt and the decision of S&P to lower Turkey’s sovereign credit outlook, it trimmed losses to trade at 2.95 as of August 22.

Turkish President Recep Tayyip Erdogan’s visit to Russia to restore relations with Vladimir Putin is a positive step for the economy, especially for 2017.

Sectors such as textile, clothing, food, construction and tourism were negatively affected by the tensions between the two countries.

Removing the trade barriers imposed by Russia after the downing of its jet by Turkey late in 2015 would help to improve exports in these sectors but it’s going to be a lengthy process.

The government has also announced early in July new steps to boost investors’ confidence and focus on solving problems faced by businesses hit hard by terrorism, through the economic incentive package.