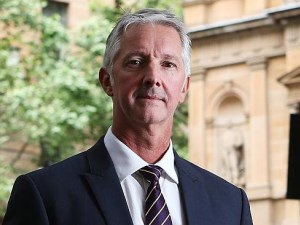 Mr Neil Helm has decided to leave the OzForex Group and will step down as Chief Executive Officer and Managing Director.

In a recent statement, the leading foreign exchange firm said Mr Helm would remain in the role over the coming months until a successor is appointed and will assist the Board in implementing a transition plan.

His departure date will be announced in coming weeks.

OzForex Chairman, Peter Warne said Mr Helm had been instrumental in the growth of OzForex and the company's successful listing on the ASX in October 2013.

“He led the decision by Macquarie Group in June 2007 to make its initial investment in OzForex as well as the subsequent investments from Carlyle Group and Accel Partners in November 2010,” Mr Warne said. “By any standard, these are outstanding achievements, which we fully recognise. We would like to thank Neil for his vision, hard work, commitment and loyalty to the business."

Mr Helm said he has been “fortunate and privileged” to be OzForex CEO for the past seven and a half years.

His decision to leave the company had been an extremely difficult one.

“I continue to be passionate about the business and the opportunities ahead for the company, he said. “However, following the successful IPO in 2013 and the company's first year of operation as an independent, listed entity and with the company in such great shape I feel the time is right for me to make a lifestyle change and spend more time with my family."

Mr Helm said he remains fully committed to the company and would assist the Board in finding a new CEO.

“The Company is on track to deliver financial results in line with market expectations and is well positioned to build on its strong market position as a major provider of international payment services," he said. OzForex has begun an external global search for a new CEO.