'USMCA is the most important deal we've ever made by far’
US President Donald Trump read more
Our new e-magazine is OUT NOW. Click here to read.
REGISTER ADVERTISE
SUBSCRIBE TO OUR FREE NEWSLETTER
PUBLISHED | NOVEMBER 19, 2014
COMMENTS | NONE
Tweet 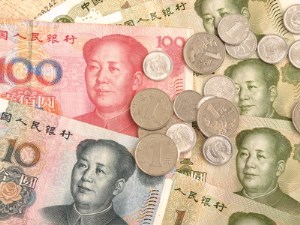 The signing of a Free Trade Agreement between Australia and China will boost trade and economic growth in both countries, says ANZ.

Under the new agreement, Sydney will become an offshore Renminbi trading hub.

This is another positive development for trade and investment flows between the two countries, Mr Smith said.

“The Renminbi is expected to dominate Asian trade and could become a genuine rival to the US dollar as a global reserve currency, he said.

“The establishment of an RMB clearing hub in Sydney is an important step that will further strengthen the economic ties between Australia and China, providing greater domestic liquidity as well as more flexible hedging and investment opportunities.”

Mr Smith said the signing of the free trade agreement is a historic milestone that will boost economic capacity and growth in both countries.

“Many sectors of Australia’s domestic economy – in particular natural resources, agriculture and services – will now have access to new sources of foreign investment and the confidence to make longer term investments given the enhanced export opportunities.

“The growing Chinese middle class is the major driver behind our estimates that Australia could gain additional A$710 billion in agricultural exports by 2050 and our farmers are set to benefit in a similar way to how New Zealand benefited from its 2008 FTA with China.”