‘UK wine exports are at their highest level in a decade’
Rachel Triggs, Wine Australia read more
Our new e-magazine is OUT NOW. Click here to read.
REGISTER ADVERTISE
SUBSCRIBE TO OUR FREE NEWSLETTER
PUBLISHED | MARCH 31, 2014
COMMENTS | NONE
Tweet 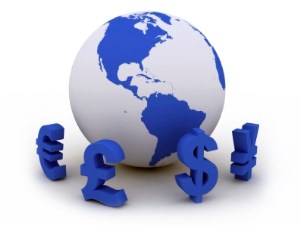 But according to the Export Finance and Insurance Corporation (EFIC) China has moved swiftly to avoid a “hard economic landing.”

They have removed their implicit blanket guarantee of corporate debt and made the exchange rate more flexible.

“Along with macroeconomic policy stimulus, this is a sensible mix of policies to avoid a hard economic landing.”

Asset freezes and travel bans on selected Russian and Ukrainian individuals have provoked a moderate market selloff, and will be a drag on an already sluggish Russian economy, Donnelly predicts.

But while the sanctions could be extended, comprehensive ones that knock the Russian economy into crisis are unlikely, he says.

“Dependence upon Russia as an energy supplier and export and investment destination means that so far no country seems inclined to impose financial sanctions — including the US, EU and Australia — have imposed sanctions on or economic sanctions with real teeth.

“But we acknowledge the situation is fluid and has potential to worsen.”