‘Beginning to export can be challenging, but there are massive opportunities for Australian firms’
Karen Andrews, Minister for Industry, Science and Technology read more
Our new e-magazine is OUT NOW. Click here to read.
REGISTER ADVERTISE
SUBSCRIBE TO OUR FREE NEWSLETTER
PUBLISHED | OCTOBER 28, 2016
COMMENTS | NONE
Tweet 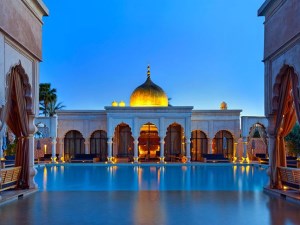 The economic future of Morocco and Tunisia is at risk following recent political instability in both countries.

Coface, a global leader in credit insurance and risk management, is predicting subdued growth in both regions this year due to political changes, a decline in agricultural conditions and the threat of terrorism.

In Tunisia, the terrorist threat weighs on the crucial tourism sector, warns Coface.

Between 2010 and 2015, the number of overnight stays plummeted by 54.5% reducing the revenues from tourism by a third.

In August this year, President Beji Caid Essebsi nominated Youssef Chahed after Habib Essid was voted out of power by the national parliament.

Chahed’s government defined the fight against terrorism as its top priority.

This may help to accelerate the pace of growth, which will struggle to reach 1.5% in 2016, says Coface.

Morocco is in a similar position.

On October 7 this year the second Moroccan general election since the constitutional reforms of 2011 was held. The ruling moderate Islamists of the PJD won 125 seats (of 395), whereas the PAM – the liberal opposition, known to be close to the King – came second with 102 seats.

Three days later, the incumbent Prime Minister – Abdelilah Benkirane, in office since 2011 – was reappointed Prime Minister by King Mohammed VI and given 40 days to form a new government.

Even though the nation did not suffer similar terrorist attacks, its tourism sector – second contribution to GDP (12%) – also suffered.

And the Moroccan economy remains highly dependent on the agricultural sector, which represents approximately 15% of the GDP.

Hence, with growth closely linked to rainfalls, the agriculture sector tends to be volatile.

This year, after the worst drought in 30 years, the weak harvest should slow economic growth, says Coface.

Brexit and slowing economic growth in developed economies also leaves Tunisia and Morocco in a less favourable external environment. Hence, both Prime Ministers will be expected to spur economic growth in order to boost job creation.

Tunisian and Moroccan Foreign Direct Investment (FDI) inflows should keep declining in 2016, Coface predicts. This trend reflects the fragility of the global economy.

As a consequence, FDI in Morocco, which has been slowing since 2015, is expected to recover in 2017.

However, the prospect of recovery is more uncertain in Tunisia as FDI inflows have been decreasing almost continuously since the Tunisian revolution.

The rising public debt poses a threat for governments willing to support economic growth. This aspect is particularly salient in Tunisia, where the increase in current expenditures resulted in a deterioration of the debt to GDP ratio, which is already higher than in comparable countries.

In Morocco, Benkirane’s new government will have to continue the trend of fiscal deficit reduction in order to shrink a debt, already considered too high by the Moroccan Central Bank.

In both countries aggressive actions, endangering growth, will be necessary in order to see results in debt reduction, says Coface.

With unemployment rates standing respectively at 8.6% and 15.6% in Morocco and Tunisia, both governments are expected to create jobs.

No notable progress has been made since 2011 and no solutions given to the issues that triggered protests in Morocco and the revolution in Tunisia are.

Both new governments are faced with the challenge to create more stable jobs for a frustrated youth.