‘Beginning to export can be challenging, but there are massive opportunities for Australian firms’
Karen Andrews, Minister for Industry, Science and Technology read more
Our new e-magazine is OUT NOW. Click here to read.
REGISTER ADVERTISE
SUBSCRIBE TO OUR FREE NEWSLETTER
PUBLISHED | JULY 23, 2018
COMMENTS | NONE
Tweet

International trade continues to grow despite ‘punitive’ US policy 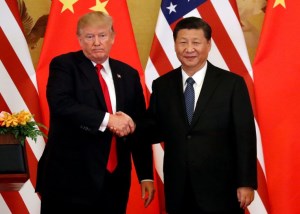 The United States has moved aggressively to protect its own interests, renegotiating international trade agreements, imposing hefty tariffs on imports even for key US allies, and investigating the import of automobiles from Europe.

Despite the potentially-destabilising effects of these machinations, world trade continues to grow robustly, according to Atradius, a global provider of credit insurance.

“US trade policy is increasingly punitive but there is not yet significant pain on a national or global scale, and negotiations of new trade agreements are accelerating,” said Mark Hoppe, managing director, Australia and New Zealand, Atradius. Consequently, Atradius is forecasting 3.5 per cent growth in world trade this year, which should encourage Australian exporters, particularly in the steel and aluminium markets.”

Mr Hoppe said: “2017 was about catching up, so it’s reasonable to expect global trade growth to decelerate slightly but remain solid at around 3.5 per cent on average. The global export orders indicator stood at 50.7 in May, indicating further expansion in international trade. The Baltic Dry Index, which predicted the turning point in trade growth in mid-2017, is trending upward and remains in comfortable territory. Together, these indicators support the Atradius trade growth outlook, which is robust.”

This positive outlook is driven, in part, by relative certainty in economic decision-making around the world, even in the US. This is particularly favourable for investments and international trade.

Further, the US economy is seeing growth with investment picking up strongly. This is due to lower policy uncertainty and higher energy prices, both of which are expected to persist into 2019 as tax reductions and higher government spending incentivise further investment.

Conditions will be even more favourable if the currently-overvalued US dollar weakens. Following the protectionist policies that emerged from the 2008 financial crisis, the trend from 2014 had been to phase out these policies. However, if the US continues along the path to more protectionist policies, this trend could be reversed.

“The US replaced its moderate economic advisor, Gary Cohn, with a more hard-line advisor in Larry Kudlow. This has given impetus to the US’s protectionist trade policy,” said Mr Hoppe. “For example, the US has already announced tariffs on steel and aluminium imports. The US is using national security concerns to facilitate a reduction in the country’s trade deficit, particularly in relation to China.”

Other countries are reacting to the US’s protectionist policies in a targeted fashion. Canada, Mexico, and the European Union are introducing tariffs in retaliation to the US’s refusal to provide exemptions to these former allies. These countries are targeting products from politically-sensitive regions such as orange juice, jeans, motorcycles, and bourbon, as well as steel. The Trump administration is mooting a 20 per cent tariff on automobiles, which would signal a serious escalation of the trade war.

“It remains to be seen whether the US’s protectionist stance will affect world trade growth expectations,” said Mr Hoppe. “Some targeted goods will continue to be exported to different destinations.

“However, uncertainty regarding further trade restrictions could affect investments, which are important for trade. Currently, the effect on total international trade is limited and it’s important to keep a close eye on developments.

“Meanwhile, other countries are productively negotiating new trade relationships and these developments will likely balance out the effects of the US policies in long term.”