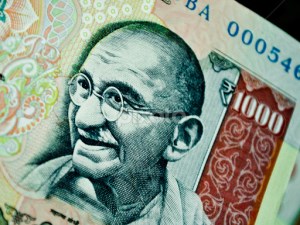 India has restored macroeconomic and financial stability, but structural impediments to growth and persistently high inflation remain key concerns, according to the International Monetary Fund (IMF).

In its annual report on the state of the Indian economy, the IMF stresses the need to foster an environment conducive to foreign direct investment to finance India’s current account deficit.

Although spillovers from global financial market volatility continue to pose a significant risk, the Indian economy is now better placed to handle financial shocks than it was last summer.

The current account deficit has contracted, the fiscal deficit target has been met, and investment project approvals are accelerating.

The report said that India has significant foreign exchange reserves to deploy in the event of external financing pressures. It also said that exchange rate flexibility, a tightening of liquidity conditions, and limited foreign exchange interventions had served India well in responding to the volatility of mid-2013.

In the event of a resurgence of market volatility, the IMF stressed the importance of a well-communicated package of policy measures to minimize disruptive movements in the currency and bolster market confidence.

This would involve continued flexibility in the rupee, complemented by the judicious use of reserves, tightening of monetary conditions, additional fiscal consolidation efforts, and further easing of constraints on capital inflows.

India’s growth, although among the highest in the world, has slowed in the last two years, the IMF said. Growth is projected at 4.6 percent in 2013/14, but with a modest pick up to 5.4 percent in 2014/15, helped by slightly stronger global growth, improving export competitiveness, a favorable monsoon, and a confidence boost from recent policy actions.

India’s growth is expected to rise to its medium-term growth potential of about 6¾ percent once recently approved investment projects are implemented and as global growth improves.

“Several important policy decisions have been made that should help revive investment activities,” said Paul Cashin, IMF mission chief for India. “We are confident that India can easily go back to an 8 percent growth trajectory if further structural reforms, particularly in the fields of energy, agriculture, the labor market, are implemented quickly,” he added.

The report noted that persistently high inflation is a key macroeconomic challenge for India. Over the past several years it has induced double-digit inflation expectations, and given rise to a high demand for gold. It has also eroded households’ financial savings and undermined the stability of the rupee.

“Achieving a sustained reduction in inflation requires a tightening of the monetary stance, possibly over a protracted period,” Cashin said. “It will also be critical in achieving sustained, robust, and inclusive growth,” he added.

The report commended the authorities’ resolve to meet the budget deficit target for 2013/14, despite slowing growth, but highlighted the need to improve the quality of fiscal consolidation and make it more growth friendly. While the medium-term fiscal targets and resulting pace of consolidation are broadly appropriate, measures still need to be articulated and implemented to underpin the targeted fiscal adjustment, the IMF said.

The report praised the progress made in tying India’s social safety net to the Aadhaar (India’s Unique Identification program). The report said that achieving durable medium-term fiscal adjustment will require more efficient taxation (including through the introduction of the goods and services tax), and better allocation of spending (including through reforms to fuel and fertilizer subsidies).

“Raising the tax-to-GDP ratio to the pre-crisis level and reforming fuel and fertilizer subsidies will help reorient spending toward social priorities in health and education,” said Cashin.

The report welcomed the Reserve Bank of India’s recent initiatives to increase provisioning and capital requirements for bank lending to firms with sizeable foreign currency exposures, and for improving the recognition of restructured advances on bank balance sheets.

“Although no firm has come under severe stress so far, there is a key information gap about the extent of unhedged foreign currency exposure of large firms, which needs to be rectified,“ said Cashin.