How will tough new US sanctions affect Russia’s growth prospects? 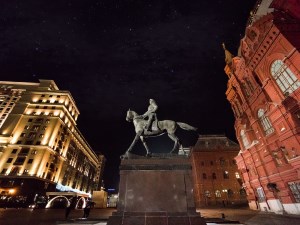 The bill was approved with overwhelming bipartisan support in both the Senate and the House of Representatives.

Congress passed the bill in response to Russia’s interference in the 2016 US elections (through cyber intrusion and attacks), as well as against ongoing human rights violations in Russia and the crisis in Eastern Ukraine.

The combination of these circumstances, compounded by the criticism of Donald Trump and his son for their alleged complicity with Russian officials during the electoral campaign, left no alternative for the reluctant President Trump other than the hardening of sanctions.

These sanctions apply to Russian entities and individuals active in several sectors, namely: defence, intelligence, oil, gas, banking and, to a lesser extent, railways, metals and mining – all of which are of critical importance for Russia’s economy.

The effects of these new US sanctions on Russia’s economy are expected to be minor in the short term, says Coface a global leader in credit insurance and risk management.

In a new briefing to clients, Coface says the recession experienced by Russia over the last two years was mainly due to the collapse in oil prices and counter-sanctions on agro food imports, rather than to the sanctions instigated by the US and Western Europe since 2014.

“Russia’s economy has in fact managed to adjust to lower oil prices and the initial sanctions,” Coface notes.

The current rise in oil prices is leading to a growth revival with +2.5% reported in Q2 on an annual rate. The hardened sanctions are unlikely to throw this recovery off track, as oil and gas production should not be affected.

The construction of the Nordstream 2 and Turkish Stream gas pipes are expected to go ahead, as the sanction threshold for Russian participation in an energy project was raised from 10% to 33%, due to EU lobbying.

Conversely, however, long–term growth prospects could be undermined due to constraints on foreign investment needed to expand, diversify and modernise Russia’s economy. Exports of US deep water technology for Artic offshore and shale projects will be blocked.

The law also shortens the duration of financing periods allowed for Russian energy companies to 60 days, and to 14 days for Russian banks.

Investments in the pipelines which are over 33% owned by Russian interests will be limited to USD5 million within a 12-month period. The resulting higher cost of capital will restrain investments, which will in turn impact productivity gains and economic growth.

Sanctions will probably remain in place for some time. The new Act is unusual in that it gives little power to the President to override or delay sanctions.

Congress can review any presidential move to issue a waiver within 30 days of the executive branch informing lawmakers of its intention to employ it. As a result, the Trump administration cannot promise that any positive moves by Russia will be met by reciprocal actions. There will therefore be little incentive for Russia to change its behaviour.

In advance of the 2018 midterm elections, the Republicans could be tempted to further harden legislation to prove that they are taking a tough stance on Russia. The President could lose the discretion to penalise foreign companies constructing pipelines to transport Russian natural gas to Europe – or to apply sanctions against non-US entities involved with the Russian defence and intelligence sectors.

This would reduce the space that Trump currently enjoys to negotiate with allied countries on the adoption of new sanctions.

Member countries of the European Economic Area, Switzerland, Canada and Australia are already applying sanctions and do not seem to be overly enthusiastic on adopting new ones but they could risk seeing their corporates affected by US extraterritorial sanctions.

And the law requires the US Treasury to report early next year on the impact to be expected if it were to apply sanctions to Russian sovereign debt (of which 30.7% was held by non-residents as of June 1 2017).

Coface predicts GDP in Russia to grow by 1% this year, with a country risk assessment: B  (significant).