No longer is supply chain congestion the predominant cause for concern for Australian importers – instead, manufacturing is.
David Aherne, international freight forwarder read more
Our new e-magazine is OUT NOW. Click here to read.
REGISTER ADVERTISE
SUBSCRIBE TO OUR FREE NEWSLETTER
PUBLISHED | DECEMBER 24, 2014
COMMENTS | NONE
Tweet 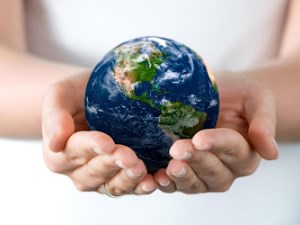 In its latest World Risk Developments newsletter EFIC also expects commodity prices to bottom in 2015 as demand picks up slowly and supply adjusts to lower prices.

And it expects the Aussie dollar to depreciate further.

According to EFIC chief economist Roger Donnelly possible “unpleasant surprises” next year may include:

Pleasant surprises may include a revival of US corporate investment.

“We also think most emerging economies will be able to withstand capital outflows likely to occur as an interest rate rise draws closer in the United States,” Mr Donnelly said.

A lasting impression of 2014, says Donnelly, was that it was a year in which investors downplayed political risk.

“Arguably, political risk is currently underpriced in many assets, which creates the risk of a market correction next year, especially if Ukraine and the Middle East get nastier, he said. “This shouldn't create a widespread crisis among emerging markets, but it could disrupt the more vulnerable economies like Russia.”

EFIC predicts growth in both advanced and emerging economies to accelerate moderately in 2015, yielding world economic growth of 3.5 percent.

Individual economies to accelerate include the US, India and Brazil.

Economies predicted to slow include those in the euro area, China, Japan, UK and Russia.

EFIC expects commodity prices to bottom as demand picks up slowly and supply adjusts to lower prices. This is consistent with the RBA’s prediction that Australia’s terms of trade (the ratio of export to import prices) will fall a further 4 percent before flattening out in mid-2015.

EFIC economists believe the Australian dollar is still overvalued and therefore has further to fall.

EFIC warns that China is an economy prone to a sharper-than-expected slowdown. The government’s anti-corruption drive is reportedly weighing on investment —making key decision-makers reluctant to commit to new ventures. Yet with investment making up half of GDP, and a housing correction also underway, such hesitancy could exert a severe drag.

The risk of a “hard landing,” in which growth slumps to 2-3 percent, is low, because the authorities have both the “will and wallet” to respond to upsets such as bank runs and capital flight.

EFIC doubts whether the world’s second largest economy can prevent growth slipping below the 7.2 percent level that Premier Li Keqiang says is the minimum needed to maintain healthy job growth.

So how would a sharper-than-expected Chinese slowdown damage the world economy?

Even ignoring the repercussions on other economies, a slump from 7 percent to 3 percent in 2015 would subtract 0.6 percentage pts from world growth. This is because China makes up 15 percent of world GDP (4% of 15% = 0.6%).

Then there are the knock-on effects. According to one estimate, a 1 percentage point decrease in Chinese GDP growth would shave US GDP growth by 0.2 percentage pts. Weaker sentiment, heightened risk aversion in capital markets, and softer advanced economy exports could see the world economy shed up to 1½ percentage points of growth in total.

Asian economies would be among the hardest hit because they sell a large fraction of their exports to China.

Falling Chinese investment — a major driver of the world commodity boom — would also cause many commodity prices to fall hard, possibly back to their pre-boom, early-2000s levels if a hard landing occurred.

This could extend the drag of weak commodity markets from Latin America and Africa to oil producers in the Middle East and Russia.

Falling oil and other commodity prices are also adding to the risk of deflation, especially in the euro area, where core CPI inflation stood at just 0.7% (year on year) in November.

Also, war in oil producing countries could snatch away the price dividend oil importers and consumers are currently enjoying.

As painful as the low oil price may be for oil/energy-exporting countries, it could deliver a boost to world demand and hence growth — of .25 percentage pt for every sustained US$10/bbl price drop, according to the IMF. The boost could be quite large if, as now seems possible, oil prices remain low throughout 2015. The futures market is expecting prices of around US$70/bbl in 2015.

The year that was

A lasting impression of 2014 was that it was a year in which investors downplayed political risk.

Arguably, political risk is currently underpriced in many assets, which creates the risk of a market correction next year, especially if Ukraine and the Middle East get nastier.

However, this shouldn't create a widespread crisis among emerging markets, but it could disrupt the more vulnerable ones like Russia.