‘UK wine exports are at their highest level in a decade’
Rachel Triggs, Wine Australia read more
Our new e-magazine is OUT NOW. Click here to read.
REGISTER ADVERTISE
SUBSCRIBE TO OUR FREE NEWSLETTER
PUBLISHED | MARCH 18, 2014
COMMENTS | NONE
Tweet

Global growth on the rise – but risks remain: IMF 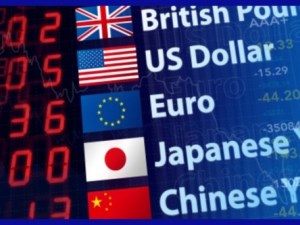 Global growth is expected to increase this year after having been stuck in low gear in 2013, the International Monetary Fund (IMF) predicts.

Global activity and world trade picked up in the second half of 2013, as anticipated in the October 2013 World Economic Outlook (WEO).

In advanced economies, final demand has increased broadly as expected. In emerging markets, a rebound in exports was the main driver of better activity, while domestic demand generally remained subdued except in China.

“The basic reason behind the stronger recovery is that the brakes to the recovery are progressively being loosened,” said Olivier Blanchard, the IMF’s chief economist and director of its Research Department.

“The drag from fiscal consolidation is diminishing. The financial system is slowly healing."

The overall picture is one of strengthening activity. But the Update also points to important differences across major economies and regions.

Growth in the United States is expected to be 2.8 percent in 2014, up from 1.9 percent in 2013. This pickup is partly thanks to a reduction in the fiscal drag that will result from the recent budget agreement. But the budget agreement also implies that most of the sequester cuts will remain in place in FY2015, instead of being reversed as assumed in the October 2013 WEO. So growth in 2015 is now expected to be only slightly higher than in 2014.

The euro area is turning the corner from recession to recovery. Growth is projected to strengthen to 1 percent in 2014 and 1.4 percent in 2015. The pickup will generally be more modest in the European countries that have been facing varying degrees of financial stress (Greece, Spain, Cyprus, Italy and Portugal), where higher exports would help boost growth while high debt, both public and private, and financial fragmentation will hold back domestic demand.

In Japan, growth is now expected to decelerate in 2014–15 after a strong pickup in 2013. The slowing will be more gradual than expected, with the new temporary fiscal stimulus partly offsetting the drag on demand from the consumption tax increase in early 2014.

Emerging market and developing economies are expected to see an increase in growth to 5.1 percent in 2014 and to 5.4 percent in 2015. Growth in China rebounded strongly in the second half of 2013, due largely to an acceleration in investment. This surge is expected to be temporary, in part because of policy measures to slow credit growth and raise the cost of capital. Growth is thus expected to moderate slightly to about 7½ percent in 2014-15.

Growth in India picked up after a favorable monsoon season and higher export growth, and is expected to increase further thanks to stronger structural policies supporting investment.

Many other emerging market and developing economies have started to benefit from stronger external demand in advanced economies and China. In many, however, domestic demand has remained weaker than expected. This reflects, to varying degrees, tighter financial conditions and policies since mid-2013, as well as policy or political uncertainty and bottlenecks, with the latter weighing on investment in particular. As a result, growth in 2013 or 2014 has been revised downward compared with the October 2013 forecasts, including in Brazil and Russia.

Downward revisions to growth in 2014 in the Middle East and North Africa region mainly reflect expectations that the rebound in oil output in Libya after outages in 2013 will slow.

The WEO Update notes that the balance of risks is shifting only very slowly. Important downside risks to the global growth outlook are still a concern. The report refers to the discussion of “old” risks in the October 2013 WEO, but spotlights the new risks to economic activity from very low inflation in advanced economies, especially the euro area.

Inflation is projected to remain below target for some time. If people’s expectations of future inflation drift down in response, actual inflation could turn out even lower than projected. That would increase real debt burdens and raise real interest rates, hampering growth. And the likelihood of deflation in the event of adverse shocks to activity would also increase.

Foremerging market economies, the Update notes, increased financial market and capital flow volatility remain a concern given the announcement in December 2013 that the US Federal Reserve (Fed) will start tapering in early 2014. Responses to the news have been relatively muted in most economies.

Nevertheless, the combination of portfolio shifts and domestic weaknesses could result in sharper capital outflows and exchange rate adjustments.

As a result, strengthening global growth does not mean that the global economy is out of the woods. The WEO Update emphasizes that ensuring robust growth and managing vulnerabilities remain policy priorities for all countries.

It makes the following recommendations: