‘UK wine exports are at their highest level in a decade’
Rachel Triggs, Wine Australia read more
Our new e-magazine is OUT NOW. Click here to read.
REGISTER ADVERTISE
SUBSCRIBE TO OUR FREE NEWSLETTER
PUBLISHED | AUGUST 1, 2017
COMMENTS | NONE
Tweet 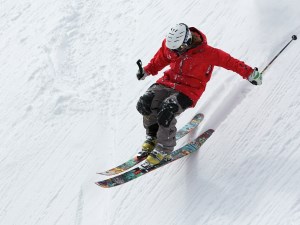 The Volatility Index (VIX) is a fear gauge that measures investors’ expectations of market volatility, reflecting their levels of concern.

A new global report shows the current level of volatility is extremely low, meaning that investors have rarely been as calm as they are at moment.

In a recent briefing to clients, Lisa Verriere, an analyst with Coface, explained the main reasons for the current record lows:

“Markets have been benefitting from excess liquidity,” Ms Verriere said. “And there have been no recent or significant negative changes in the outlook for growth, inflation, or the political environment – any of which can lead to higher volatility.”

“Since the unexpected victories of Brexit and Trump, investors seem to have learned not to overreact to political changes.”

Business confidence on a high

On the economic side, the US is experiencing a moderate recovery, recording a 1.2% growth rate during the first quarter of 2017. This has kept the Federal Reserve from over-tightening its monetary policy and reassured investors. And in Europe growth is exceeding market expectations, with business confidence is at its highest for six years.

In China, industrial production and retail sales beat market expectations in the first half of 2017, and growth reached +6.9 % YoY in the first and second quarters. ?

But if the future pans out anything like the past, the low volatility needs to be closely monitored, she says.

New peak of volatility could be on the way

“Looking at the current situation, there is legitimate cause for concern that a new peak of volatility could be on its way.”

Investors could potentially underestimate the current risks, she says.

“If investors are too relaxed, they could become vulnerable and overreact to the slightest changes in the economic or political outlook. This raises the question of whether the financial system has become disconnected from the real economy. The markets are beating records, but global growth remains moderate and the geopolitical situation remains tense.”

Ms Verriere says the excess of liquidity is a concern.

“The Bank of America Merrill Lynch Fund Manager Survey revealed that 44% of respondents thought that equities were currently overvalued. This is the highest percentage since 1999 – just before the tech bubble burst. These excesses in the financial system could therefore trigger a liquidity crisis.”

And she says several factors could lead to more volatility.

Eventually, even if monetary policies are not excessively restrictive, Central Banks are reducing (or will be gradually reducing) their support of the economy.

And the Fed rate (between 1% and 1.25% since June) could increase again before the end of the year. Until now, the improvement of financial markets and the easing in credit conditions have helped companies to improve their financial situations and to invest. A change in monetary policy could change market perceptions and therefore affect financial conditions.

The lack of clarity over the future of US policy is causing uncertainty for investors. The US economic situation is not particularly positive and its policies are unclear.

“During his campaign, President Donald Trump promised investor-friendly policies (such as tax reforms and deregulation of the market) and expenditure on infrastructures, in order to foster growth and reduce unemployment, says Ms Verriere.

“Since Trump came into office, not much of this has come into fruition. Moreover, fears are rising, as Trump’s reactions are unpredictable and this threatens the stability of his policies and the markets. In addition, the rumours of connections with Russia during his political campaign could result in significant upheavals in the US administration.”

Geopolitical risks are still very high. Tensions in the China Sea (including the North Korean issue) and in several Middle Eastern countries (Qatar’s embargo and tensions between the Gulf States, Syria, Iraq, Yemen) remain serious and there could be a new peak in these tensions.

Coface, is a world leader in credit insurance and risk management, Coface offers 50,000 companies around the globe solutions to protect them against the risk of financial default of their clients, both on their domestic and export markets.