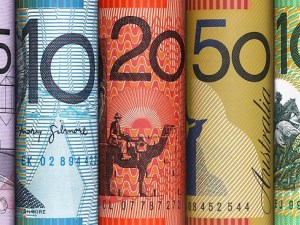 The Australian Industry Group national CEO survey released yesterday found that an exchange rate of .75 US cents to the Australian dollar is the “sweet spot” for business growth.

The report tracks the positive impact of the lower dollar on Australian businesses and manufacturers in particular.

The new report Business Responses to the Australian Dollar – draws on responses from the CEOs of 248 businesses across Australia.

The CEOs believe the sustained lower Australian dollar has not only created greater trade opportunities, but it is having long-term and overall positive impacts on Australian-based manufacturing and services businesses.

However, at the same time the lower dollar has created a major negative – the rising cost of imports.

“Many businesses find it hard to pass on these cost increases in the face of intense competition and a generally weak inflation environment,” said Mr Willox.

"The lower dollar is a major factor in opening opportunities for exporters, with 61% noting that expanding overseas markets was one of their growth strategies,” Mr Willox said.

These proportions are significantly higher than in recent years. The lower dollar has assisted businesses take advantage of opportunities created by Free Trade Agreements and the growing middle class markets in Asia – particularly in sectors like food and beverage manufacturing, agribusiness and tourism.

But opportunity itself is not enough to ensure the continuing success of Australian businesses, the report warns. Australia's international trade competitiveness could be better.

Many Australian businesses are still developing as exporters of high value-added goods and services and many are not as well integrated into global supply networks as a means of realising the value of more complex goods and services.

“They need to be looking at delivering a more diverse and higher value array of goods and services and becoming more tightly integrated into global supply chains and global marketing networks.

"For many of these businesses, future success in the global economy requires end-to-end product development, close collaboration with customers, suppliers and competitors, making better use of our Free Trade Agreements and continually exploring new opportunities in existing markets and expanding into new markets."