‘UK wine exports are at their highest level in a decade’
Rachel Triggs, Wine Australia read more
Our new e-magazine is OUT NOW. Click here to read.
REGISTER ADVERTISE
SUBSCRIBE TO OUR FREE NEWSLETTER
PUBLISHED | OCTOBER 7, 2016
COMMENTS | NONE
Tweet

Colombia’s credit rating under threat after ‘no’ vote 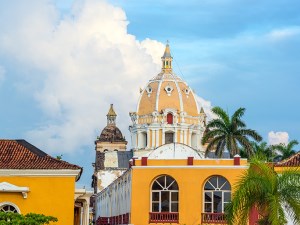 Global rating agencies are keeping a careful watch on Colombia in South America after its citizens this week rejected a proposed peace deal with the Revolutionary Armed Forces of Colombia (FARC).

Only 13 million or 37% of the electorate attended, which means the ‘no’ was ratified by only 18.6% of the population, with regional areas divided.

While most of outlying provinces voted in favour of the deal, those closer to the capital were against it. The first group had been more exposed to the action of guerrillas, thus they were naturally more likely to overlap peace to the expense of justice.

Coface, a global leader in trade credit insurance and risk management, says the outcome should not be read as if the major part of population is not open for a negotiation.

“It might rather mean that the punishments for the 52-year war were considered too mild,” says Coface in its latest briefing.

“A new round of negotiation between the government and the FARC will restart, while the guerrilla pledges that the ceasefire will be kept into effect for the time being.”

The local market dove the day after the vote on October 2, as it was assimilating the agreement rejection.

The Colombian Peso (COP) depreciated by 1.7%, while the locally denominated Treasury bonds TES due in July 2024 dropped by 7%.

The negative plebiscite outcome came at a bad time, says Coface, as recent indicators suggest that risks in country ´s economic activity are to the downside.

The conflict is believed to have cost over 220,000 lives and nearly 7 million displaced.

In 1964, the FARC emerged after government attacked rural areas which were occupied by armed peasants affiliated to the Communist party.

The group claimed to have protested against the concentration of agricultural by a few landowners. Fuelled by revenue from the Colombian drug trade however, FARC caused bombings, firefights, kidnapping and extortion along its five decade existence.

In 2000 the US stepped up aid under its Plan Colombia with $US10 billion in payments pledged to combat Colombia ´s massive drug trade and to fight the FARC and other minor rebel groups.

The aid seems to have contributed to the weakening of the guerrilla. During Álvaro Uribe ´s presidency (2002-2010) the group lost strength. Currently active fighters are estimated between 6 and 7 thousand, down from 20 in 2002.

Current Colombian President Juan Manuel Santos actually served as Defence Minister for three years during Uribe term of office. Allies in the past, they were recently in opposite sides.

The reading for the second quarter 2016 revealed that activity grew by 2 % YoY, down from 2.5% in the first quarter.

The disappointing result was mainly driven by the oil and gas sectors that remained contracting (- 7.1 % YoY).

The higher inflation reported this year and the subsequent hikes in interest rates (currently at 7.75% after 325 bps hike along the last 12 months) are also taking their toll on the economy.

Consumer prices have been pressured by higher food prices, thanks to adverse weather conditions presented this year. Albeit the reversal of this tendency in later August, its current level (8.1 % a.y.) is still far above the Central Bank target range of 2-4 %. Preliminary indicators for the third quarter are neither encouraging.

The activity monitor for July of the National Statistical Institute Dane dropped by 0.2 %, from 1.4 YoY % in June. Moreover retail sales shrank by 3.3 % YoY in the same month.

In a period of lacklustre activity, the yes victory would have improved business climate, attracting foreign investment.

The ‘no’ victory further weakened Santos popularity and has brought uncertainties, says Coface.

It is impossible at this stage to forecast how long government might take to come with an adjusted proposal, though at least it has been reacting promptly.

After the defeat, Colombian leaders travelled to Havana for a meeting with the FARC commanders.

Santos has now made approaches to Mr Uribe, the major leader of the no campaign, with an aim to raise the chances of successfully concluded the peace process. The ex-president briefly argued that three points should be renegotiated.

They are: amnesty to the guerrillas, the effective protection for FARC and judicial relief to the group. The two are now willing to get to a joined solution.

The much needed tax reform might be threatened by the deal rejection, says Coface.

Policymakers were counting with the agreement to bolster its political capital, increasing the chances of getting approval to the reform in Congress before the year end. The aim is to fill the hole let in public revenues by the sharp drop in oil prices, which had accounted for a fifth of total income.

Rating agencies highlighted the importance of this reform to maintain the country’s rating stable.

Currently Moody’s have a stable outlook on their Baa2 foreign currency rating, while Fitch and S&P hold negative watches on their BBB rating.

During the later outlook revision in February this year, it was mentioned that rating could be lowered if the government do not reach an agreement with the FARC or political developments weaken policymakers’ ability to adjust the fiscal policy.