‘Beginning to export can be challenging, but there are massive opportunities for Australian firms’
Karen Andrews, Minister for Industry, Science and Technology read more
Our new e-magazine is OUT NOW. Click here to read.
REGISTER ADVERTISE
SUBSCRIBE TO OUR FREE NEWSLETTER
PUBLISHED | AUGUST 13, 2016
COMMENTS | NONE
Tweet 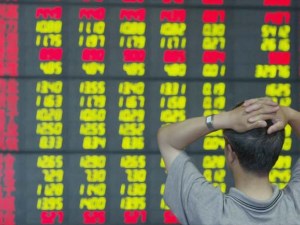 In its latest report on the world’s second biggest economy, Coface, a global specialist in credit risk, says growth should continue to slow this year and next.

Coface predicts China’s growth will probably undershoot the government’s average annual growth target of 6.5% – as set out in the 13th five-year plan for 2016-2020.

China’s ongoing structural reforms have shifted to a greater focus on services and consumption, making the country’s two-speed economy even more evident, the report says.

The divide between winning and losing sectors is linked to their medium and longer term growth potential, relevant government policies and structural demand.

In general, sector winners likely to enjoy brighter longer term growth outlooks, such as pharmaceuticals and retail, have been assigned with low or medium risk assessments.

The Information communication technologies (ICT) segment is an exception to this, being a sector winner assigned with a high risk rating. This would indicate that the credit risks of Chinese corporates in the ICT sector are probably high due to keener regional competition, despite the market’s strong longer-term growth potential.

The pharmaceutical sector remains the brightest spot and is showing steady profit margins.

Besides a clear improvement in corporate payment experience in 2015, pharmaceutical enterprises are less dependent on borrowing for their operations and fixed asset investment expansions. The medium term outlook is positive, with a structural increase in demand backed by the continuing rise of the middle classes and the ageing population.

Sector losers that are likely to face longer term growth challenges, such as chemicals and metals, are assigned with either high, or very high risk ratings.

From the perspective of credit risks, Chinese corporates within these sector losers are assigned with high, or very high, risk ratings – indicating a higher probability of defaults and insolvencies, due to challenging business conditions.

Neutral sectors, which are those not directly benefiting from the government’s structural reforms (such as agrifood, paper-wood and textile-clothing), have been assessed as either medium or high risk.

Among the 12 sectors, construction and metals are the only two assessed as very high risk.

The risks for these two sectors are linked to recent hot topics, such as debt problems amid a surge in non-performing loans, a number of corporate bond defaults, industrial overcapacities and zombie companies.

With sluggish private investment and slowing SOE investment, within a backdrop of low profitability, growth in construction and installation is likely to cool in the second half of the year. This will cast a shadow over the construction sector and reduce the demand for construction materials – in particular cement and metals, which have already been suffering from overcapacities.

These risks could be somewhat addressed by reforms of state-owned enterprises (SOEs), where measures concerning Closure, Reorganisation and Public-private-partnerships (PPP) are likely to be implemented.

Despite some signs of deleveraging and government reforms, credit risks for construction enterprises (including construction material manufacturers) appear to be intensifying, with a negative outlook.

The Chinese government is expected to continue to introduce favourable policy initiatives concerning supply side reforms.

These will have a greater focus on boosting potential growth for tertiary industries and supporting added-value manufacturing activities in the medium and longer term.

“However, against the backdrop of ongoing structural and SOE reforms, the Chinese economy is set to continue its slowdown in 2016 and 2017, with an overall increase in credit risks for Chinese enterprises,” said Jackit Wong, Asia-Pacific economist of Coface.