Challenging times ahead for Aussie dollar 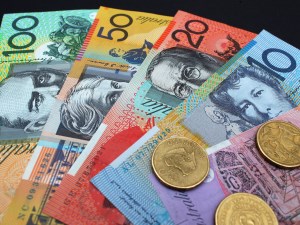 The Australian dollar (AUD) reached 0.811 US cents early last month against the greenback – its highest level since May 2015.

Strength in the local currency was a result of its attractiveness compared to the US dollar, which was impacted by concerns over impact of the hurricanes and the threat of tensions around North Korea and conflict with America.

Since reaching this high, some of the steam has come out of the AUD and it is currently hovering between 0.77 and 0.79 cents.

As the AUD/USD is the most traded pair for Australian importers and exporters, we encourage SMEs to consider the impacts of impending market events on their currency risk management strategy.

In our view, some of the key events in the US that may have a significant impact on AUD/ USD valuation are as follows:

One of the key drivers for the Australian dollar at present is the outlook for US interest rates.

In the Federal Open Market Committee September meeting, the US Federal Reserve did not alter interest rates but announced that it is still intending to do so one more time before the end of the year. Currently the chances of a further interest rate hike this year are flagged at 75 per cent probability by the market.

The Federal Reserve is also planning to start to trim the US$4.5 trillion balance sheet it built up during the three quantitative easing programs it undertook after the Global Financial Crisis.

As a result, the US dollar has gained some strength after a prolonged period of weakness.

Markets are currently pessimistic about the likelihood of President Donald Trump’s tax reforms going through, given his track record since coming into office.

If the tax reforms do not go through, we expect to see the US dollar weaken, giving way to a range similar to that seen in 2015 where there was significant AUD weakness in a short period of six months from 0.8164 to 0.6908.

However, if the reforms do eventuate, we are likely to see the repatriation of US dollars back into the country and more companies returning to the US. This would likely result in a higher US dollar, which for the AUD would result in a move lower.

Escalations in North Korea would potentially cause major market movements, possibly driving the AUD lower, as flight to safety see currency flows back into the USD. In general, any significant and unpredicted geopolitical event sees the AUD rapidly trend downwards in the short term.

While the first missile fired by North Korea over Japan saw a big market reaction, the second saw a lesser reaction. As the markets factor in increased missile activity from North Korea, the impact of the threats will lessen. Of course, if any of the missiles were to make ground, the expected impact on the markets would be significant.

The currency markets are full of risks and opportunities for trading SMEs. Managing these risks and trying to predict market movements can be complex and a distraction from day-to-day business activity.

It’s best to consult with a foreign exchange provider throughout the year who understands your industry and can provide relevant currency market insights and analysis, as well as gauge what market shocks may be around the corner.