Central Asia, China, and Russia: what does the future hold? 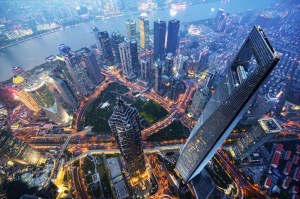 Central Asia is both a partner and a trade gateway for China and Europe.

Located on two branches of the New Silk Road (Belt and Road or B&R), the region’s countries’ foreign trade in goods accounts for a significant share of their gross domestic product.

In its latest economic publication Focus on Central Asia, Coface, a global leader in risk management, highlights Russia’s long-standing influence in the region through expatriate transfers, military bases and culture.

But author Dominique Fruchter poses the question: “Is the me´nage a` trois with China and Russia sustainable?”

Balance of power is fast changing

For the time being, China and Russia find reasons for rapprochement in their opposition to Western ideas and their fight against the spread of radical Islam, which involves stability in the region. However, this may change, Fruchter warns.

Russia could take umbrage at the Chinese project of a European gauge railway through Kyrgyzstan, Uzbekistan and Turkmenistan (then Iran and Turkey), which would provide an advantageous alternative to passing through Russia. Competition from the Caspian route could also be an issue.

In addition, as Uzbekistan continues to open up, interest from Westerners and the Gulf countries is growing.

In Central Asia, this took the form of direct investments and loans in the research, exploitation and transport of hydrocarbons, mineral mining, generation and transmission of electricity, including hydro-power; construction and modernisation of roads and railways, logistics centres, telecommunications, agriculture; and tourism.

However, most of the investments went to pre-existing projects that have taken advantage of the B&R label.

The infrastructure built in the region to-date is relatively limited: Central Asia (excluding Afghanistan and Mongolia) only includes five countries, and only two of the six main land corridors and none of the two sea routes listed by the B&R go through it.

In addition, as the quality of governance is decisive in the choice of projects, the business environment, considered as failing, in these countries presents a risk, which is exacerbated by the lack of transparency as China is not a member of the Paris Club of public creditors. 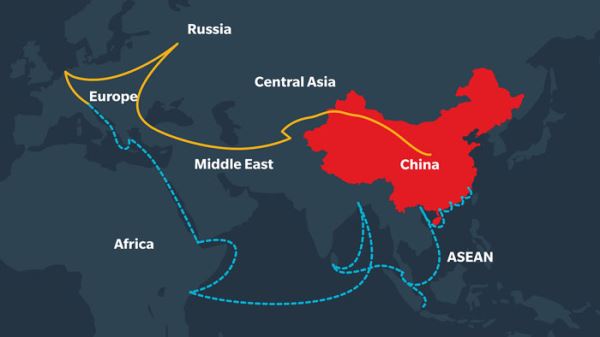 China's increasing influence in Central Asia is also accompanied by increasing anti-Chinese sentiment fuelled by the privileges granted to workers, businesses, and imports from China.

Moreover, since FDI and grants are very much in the minority compared to loans, the projects lead to an increase in the external debt of the countries in the region.

China arrived on the Central Asian landscape in the 1990s; Russia's cultural and military presence is much older. Russia has military bases in Kazakhstan, Kyrgyzstan, and Tajikistan, in particular, to fight Islamic terrorism, and hosts about four million Central Asia expatriates explaining the high volume of remittances and transfers (36% of Tajikistan's GDP, 37% for Kyrgyzstan, and 13% for Uzbekistan in 2018).

Until recently, relations between Central Asian countries were tenuous, episodic and often stormy. All of them are united only within the Central Asia Regional Economic Cooperation Program (CAREC) created in 1997 under the aegis of China. The Eurasian Economic Union, initiated in 2005 by Russia, only includes, in the region, Kazakhstan and Kyrgyzstan, and operates at a minimum.

While Russian influence remains significant, it is increasingly supplanted by China in economic matters. The Chinese economy is eight times the size of Russia's.

Essential to maintain distribution of roles

It therefore essential that the distribution of roles, economic for China, security and culture for Russia, is maintained, says author Dominique Fruchter. The Chinese economy is eight times the size of Russia’s.

However, while Russia benefits from an old presence, China only burst in after the break-up of the USSR in 1991. In addition, regimes remain influenced by Russian governance practices.

China is now the largest provider of funding for corridor development in the region.

So, is the balance of power set to change?

Only time will tell.