‘UK wine exports are at their highest level in a decade’
Rachel Triggs, Wine Australia read more
Our new e-magazine is OUT NOW. Click here to read.
REGISTER ADVERTISE
SUBSCRIBE TO OUR FREE NEWSLETTER
PUBLISHED | DECEMBER 9, 2019
COMMENTS | NONE
Tweet

‘Cautious optimism’ for Australian businesses in 2020 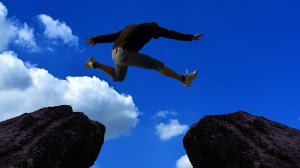 While weak global GDP growth raises the spectre of another recession, the insolvency outlook is generally good for Australian businesses, according to Atradius, a leader in risk management.

In its most recent Economic Outlook, Atradius advised that, while a recession isn’t imminent, the economy is weak and will rely on consumers to spend confidently to keep growth up.

GDP growth will expand 2.5 per cent in 2020, which is a slowdown from the 3.2 per cent measured in 2018. The main culprit is the US administration’s foreign policy stance, particularly trade policy, and the sharp escalation in the trade war with China.

“With economic policy uncertainty, businesses are postponing spending decisions and global trade growth has come to a standstill, with consumer spending the only thing keeping growth steady, says Mr Hoppe.

“A trade deal between the US and China would provide a boost for the global economy but is unlikely. In fact, further escalation is potentially more likely. Furthermore, the European Union may become involved as cars and car parts are also on the US administration’s radar.”

1. Trade war proliferation in which the trade war between the US and China extends to the EU and car industry, which would cause severe constraints on global trade.

2. Policy uncertainty due to the trade war extension, a no-deal Brexit, and revamped Italian political uncertainty, leading to lower investments and further pressure on trade.

4. Fed policy changes being inadequate or unexpected, causing turmoil in global financial markets, and a flight to safety by the US dollar.

5. Oil price volatility and supply-side shocks that could result in higher and more volatile investments, putting pressure on investment.

While the US economy slows, fears of an imminent downturn rise but a recession is not a foregone conclusion. While political uncertainty and external forces could threaten a recession, solid domestic fundamentals should keep the economy ticking over.

Meanwhile, the UK is still struggling with Brexit uncertainty, compounded by a bleak external outlook. Even under the assumption of an orderly Brexit in 2020, the economy is forecast to slow further to 1.1 per cent.

Japan’s economy posted strong growth in the first half of the year but, with an increase in the consumption tax rate, which is an important policy to improve the sustainability of public finances, the outlook is cloudy. Exports are contracting and rising trade tensions with Korea could exacerbate problems in the global technology sector.

“When it comes to insolvencies, the outlook is increasingly cloudy,” Mr Hoppe says. “The global industrial downturn and the US-China trade war are compounding challenges for businesses. This is creating more financial risks, especially since insolvencies are more sensitive to trade uncertainty than to GDP.”

Atradius predicts that 2020 will see elevated insolvencies with a further 2.6 per cent increase in business failures. Insolvency growth is expected to accelerate in Asia-Pacific, especially among manufacturers of high-value technology products like Japan and Korea.

“Australia’s insolvency outlook is improving, which is positive news for local businesses, although it’s important to note that the risk remains average rather than low," Mr Hoppe says.

“If any downside risks play out that bring the global economy into recession in 2020, significant upward revisions may be seen. However, it’s unlikely that any potential recession will bring the same deep impacts as the global financial crisis of 2008.

Mr Hoppe says it may also be advisable for businesses to consider trade credit insurance, which can help protect the organisation’s cash flow if a customer doesn’t pay.

“This is particularly valuable for organisations doing business across borders and with new customers. However, it is also of significant benefit to any organisation looking to manage risk effectively.”