Business confidence on the rise despite global political risk 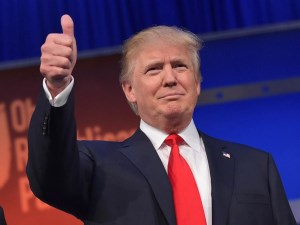 Company confidence remains high globally, despite significant political risks in the US and Europe, according to new report.

In its latest country risk report released last week, Coface found households and companies are not delaying their investment and consumption decisions this year despite political uncertainties.

This included the commercial and foreign policies of the new Trump administration and in Europe where several elections are looming with uncertain outcomes.

“At this stage, the financial markets, one of the traditional channels of transmission of political risk, and business confidence are buoyant,” said Coface, a global leader in credit insurance and risk management.

“Behind this phenomenon can also be seen the lessening of the risk of deflation in the advanced economies and in China and the highly favourable financing conditions in the Eurozone (except for Portugal and Greece),” the report said.

The marked upturn in business confidence in the advanced economies, and economic recovery in the emerging countries (forecasts: Russia +1, Brazil +0.4%) have led Coface to upgrade its global growth forecast to +2.8% and that of global trade to +2.4% (after +1% in 2016).

“These signs of improvement are still too tentative to take shape in a generalised improvement of country and sector assessments,” the report said.

“The activities of businesses will remain constrained by high and increasing debt in the emerging economies, along with the threat of protectionist, political and social risks in the advanced and emerging countries.”

Coface said the Czech Republic (newly upgraded to A2) and Latvia (newly upgraded to A3), which are increasingly well integrated in the European chain of production, will continue to display fairly sustained growth this year. Both countries will benefit from an upturn in public investment.

Czech Republic benefits from solid car sales dynamics in the EU. Israel (newly upgraded to A2) combines solid growth with low levels of unemployment and inflation, thereby improving the prospects for the sectors oriented toward the domestic market.

After undergoing an initial downgrade last June, Coface further downgraded its risk assessment of Mozambique E, "extreme risk", due serious threats to its political stability and the payment default situation.

In terms of sector risk, the metals sector has for the last three years been the most at-risk sector throughout the world.

But improvements in the situation are now beginning to make themselves felt.

The growth in metals production is slowing down considerably in China, while the prices of increasing, sustained by a high level of activity in construction and automotive in the US and improvement of these sectors in Western Europe.

The imposition of customs tariffs on Chinese steelmaking products has also given respite to steelmakers in Europe and Latin America.

In this context, Coface is updating the assessments of the sector from "very high risk" to "high risk" in Latin America, driven by Brazil, and in emerging Asia, thanks in particular to the rise in domestic demand in China.

Also in Latin America, and particularly in Brazil, there is a positive trend in construction, due to a rapid fall in the interest rates of the central bank, and energy, despite uncertainties concerning investment projects. The risk for these sectors has improved to "high" level.

And in Western Europe, two sectors stand out, notes Coface.

In France, construction is now "medium risk", benefiting from an upturn in the building of new housing, thanks to low interest rates and tax incentive mechanisms. The United Kingdom is facing stagnation in the purchasing power of households, affected by inflation, which explains the downgrading of the risk for the retail sector of the country to "high".