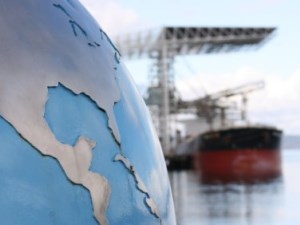 Australian exporters will benefit from a boost in funding to The Export Finance and Insurance Corporation and the Export Market Development Grants scheme announced in the federal budget.

The government will provide a once-off $200 capital injection to the EFIC, which it says “reverses the decision of the previous government to take a one-off special dividend from EFIC in 2012-13”.

The government said the extra funds will allow EFIC “to better support Australian exporters and trade.”

And the Export Market Development Grants (EMDG) scheme will receive an extra $50 million, honouring a commitment in the mid-year economic outlook in December 2013.

The funding increase is good news for exporters, given the National Commission of Audit recommended the government scrap both the EFIC and the EMDG scheme in its report to government last month.

The Commission said the government had room to reduce federal assistance to exporters “as the benefits of exporting accrue primarily to the business undertaking the activity”.

The Federal Government also announced last night cuts to shipping costs, an upgrade links to ports and make a start on the “inland railway” from Brisbane to Melbourne.

And all states and territories will share in highway upgrades funded by the Budget's $50 billion infrastructure package.

Infrastructure Minister Warren Truss says the rate of the Protection of the Sea levy will drop by three cents a tonne from July, saving ships visiting Australian ports about $9 million a year.

Labor increased the levy on shipping companies from 11.25 cents a tonne to 14.25 cents a tonne in 2010, to meet part of the cost of the oil spill from the Pacific Adventurer off south-east Queensland.

"Since those costs have been more than met, the Coalition Government can reserve that increase," Mr Truss said.

The funds generated by the levy helped set up a $10 “pollution response reserve.”

The Budget allocates $300 million to prepare for delivering the Inland Railway from Brisbane to Melbourne over the next decade, to help northern produce get to southern markets quickly, and reduce the number of trucks on the roads.

Preliminary works could include the Southern Freight Corridor in Brisbane, and sections between Narrabri and North Star, and around Parks and Narromine, in NSW.

The government is also considering a 24-hour freight link to the Port of Brisbane.

Other port works include $75 million for the next stage of upgrades to the Port Botany rail line in Sydney, and planning for the $1.6 billion Perth Freight Link.

Due for completion in 2021, and supplemented by funding from the Western Australian Government and industry, the Perth Freight Link aims to use the Roe Highway as the main east-west freight route.

Early works should include a 5km dual carriageway extension of the Roe Highway from the Kwinana Freeway.

The Budget also provides $50 million for new technology to improve train movements between Port Augusta and Whyalla in South Australia, and $119.6 million over five years to upgrade rail freight services in Tasmania.

The Federal Government's road building program includes $6.7 billion towards 45 new projects and 16 ongoing ones to fix Queensland's Bruce Highway, and $5.64 billion towards completion of the Pacific Highway duplication in NSW by 2020.

There's also nearly $1.3 billion for another Toowoomba bypass and $508 million for the Warrego Highway in Queensland, $400 million for improvements to Tasmania's Midland Highway and $77 million for flood works, road widening and rest areas on highways in the Northern Territory.