Born in China: a new type of Australian business 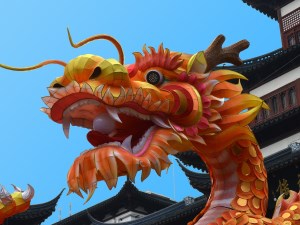 A certain type of Australian small business is emerging, but these businesses haven’t got any presence on home soil. Instead they are setting up solely in China to take advantage of a rapidly expanding Chinese market.

China’s growth provides opportunities which don’t exist in the slowly moving markets of developed countries. When China opened its doors to international trade and investment in the 1970s and 1990s, Australian manufacturers moved their operations to China to manufacture products more cheaply. At the time the Chinese market was small and of little interest to these business, and they shipped their products back to Australia and overseas.

Now, some 3000 Australian small to medium enterprises have established businesses in China. We interviewed the owners of 35 of these businesses to learn more about why they chose China.

There’s something about the foreignness of these entrepreneurs, that provides them with a particular type of legitimacy – important for business success in China.

As one business owner said: “Just being from Australia, you have a certain reputation for the quality of your product and I think that helps us to set us apart from some of our competitors around the world.”

The businesses set up in China specifically to provide financial advice and arbitration services find Chinese customers have more faith in foreigners from countries where these services have existed for longer than they have been available in China.

Those working in the food industry have a similar experience – repeated food contamination scares in China mean the Chinese market has more faith in foreigners from countries with strong food safety records. Some of these businesses even found that their main market in China is foreign companies.

The lack of demand in China for many services common in western countries means foreign businesses are often the only providers of those services in China. These services are in high demand from foreign companies operating in China that do not have the capability to provide them themselves.

The challenges of starting in China

One of their biggest challenges of operating solely in China is a lack of capital for growth. It is difficult for these businesses to attract business funding because of their foreign status in China.

One small business owner said: “You can’t get loans here. We’ve had banks in here and their risk managers and explained to them what we do and they listen, then they go away and they’ve still got no idea how we make money.”

These entrepreneurs told us the banks did not appreciate their foreign approach to business and would not approve a loan.

The nature of the Chinese market means the businesses we studied needed to constantly restructure and refocus their operations. Even businesses that offer specialised services for long-term markets, such as construction and resources, face the risk that large companies will step into their market once they have developed it.

One technology company reported that whenever they developed a new market in China with a new superior product, they would suddenly lose their large customers. These customers would move their business to a large Chinese company that had entered the market with a copy, even in the middle of a contract.

What it takes to succeed

Chinese business conditions have caused larger and globally successful companies such as Apple and Uber to fail in China. These companies did not take the careful market focused approach of the ones we studied and instead attempted to compete directly with large and well established Chinese organisations.

The competitiveness of these big companies was also based on systems that they had developed for other markets. This meant they were unable to adapt to the different regulatory system and customer demand in China without losing their competitiveness.

A fast pace of change and evolution is a normal part of business in China. Companies in China find different ways than in the west to grow and scale-up. The entrepreneurs we spoke with described their businesses as hard work, but many of them claimed there were many like them in China and that they enjoyed the stimulation of being surrounded by entrepreneurs.

One said: “China has an enormous amount of opportunity for foreigners coming in because you’re exposed to stuff you would not be exposed to otherwise.”

Networks, clever business systems and good staff helped them to grow their businesses by transforming, dividing and moving into new markets.

It’s a competitive environment, so these entrepreneurs were very cautious managers — tightly controlling their businesses, being careful about who they employ and constantly planning.

The key to success in China is being highly specialised and attuned to local market conditions.

One business owner described this as: “It’s got to be a complete disruption to the way that it’s being consumed and done.”

This specialisation also means these businesses could only be successful in China. With no choice but to keep the business in China, the entrepreneurs who set them up became very skilled at identifying new opportunities as they appeared.

One entrepreneur we spoke to, who builds social media outlets, operates a number of these at the same time. The entrepreneur then sells these outlets to competitors after a few years.

The outlets are turned over in a staggered manner so that the portfolio is comprised of new, maturing and ready for sale outlets. This enables the owner to constantly introduce new outlets as opportunities arise.

China offers opportunities to small and medium Australian businesses that they would never experience elsewhere.

Taking up these opportunities is not without its risks – competitors, the need for constant change and difficulty in accessing capital are all significant challenges.

The Australian businesses we studied respond by being innovative and using their foreignness as a competitive advantage to grow their businesses.

However, a new market in China today will be a market filled with competitors tomorrow, and these businesses constantly need to change and adapt to stay ahead.

Paul Hunter, chief executive of Strategic Management Institute, contributed to this article. This article was first published in The Conversation