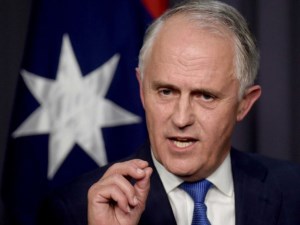 The new Turnbull government faces some major challenges ahead as it struggles to maintain its AAA credit rating.

In its latest briefing, Coface, a global leader in credit insurance and risk management, warns Australia’s economy faces several risks in the short and medium turn, despite its past good economic performance.

In the past two decades, Australia benefited both from China’s entry into the WTO in 2001 and the commodity boom from the early 2000s, Coface notes.

But Coface cites the following risks which could impact on the Australian economy in the months ahead:

- Decrease in exports to China

Nonetheless, Australia’s economy started to change its economic model to face the end of the commodity boom by increasing exports of services (+10% in the last two years), especially education and tourism (respectively fourth and fifth largest exports).

Real estate prices rose by 8.3% year-on-year (YoY) at end-June, driven by Sydney and to a lesser extent Melbourne. A sharp reversal could damage the economy in a context of high household indebtedness (160% of GDP).

However, lending standards are generally high and the Australian banking sector is solid, notes Coface.

After the 2008/09 crisis, the former government decided to lower taxes and increased spending to support the economy.

“The end of the commodity boom and successive government’s unwillingness to reduce the deficit could become problematic in the long-term, even though the comparatively low public debt level is good news in the short-term,” says Coface.

“(Prime Minister) Turnbull’s program is a pro-corporate one, which implies a further cut to business taxes.”

The new government plans to cut the corporate tax rate by 1 percentage point and to invest $1.1 billion (0.1% of GDP) in incentive innovation and entrepreneurship. Also, the coalition intends to increase Defence funding by $29.9bn over the next 10 years and to extend export trade deals with other economies.

These policies could result in an extended public deficit, Coface warns.

There have been five Prime Ministers since 2010 in Australia and none of them reached the end of its three- year mandate. As the election has left the Coalition with only a slender majority, there is still a risk of a hung Parliament.

This could hamper structural economic reforms to boost productivity, growth and bring the budget under control.

Accordingly, US based financial services company Standard & Poor’s lowered the outlook on Australia’s AAA credit rating to “negative” from “stable.”

A new election cannot be ruled out, Coface warns, if the PM hopes to get a wider majority in the coming months or if there is another leadership coup.

However, despite these risks Coface has not changed its country risk assessment for Australia – A2, (low risk), which was downgraded in September 2012.

“Beyond the above risks, Australia has already started to adapt its economic model to the end of the commodity boom and to China’s economic slowdown,” says Coface.

“Therefore, the longest economic boom period among the advanced economies (99 consecutive quarters without a technical recession – i.e. since 1991) is not expected to end soon.”