‘Beginning to export can be challenging, but there are massive opportunities for Australian firms’
Karen Andrews, Minister for Industry, Science and Technology read more
Our new e-magazine is OUT NOW. Click here to read.
REGISTER ADVERTISE
SUBSCRIBE TO OUR FREE NEWSLETTER
PUBLISHED | JUNE 7, 2017
COMMENTS | NONE
Tweet 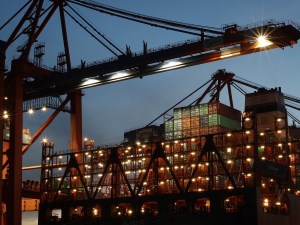 The value of Australian exports has surged to a new record level in the March quarter.

The latest figures released by the Australian Bureau of Statistics (ABS) show the trade surplus increased to a record of $9.2 billion in the March quarter following the record level set in December 2016.

With exports rising more than imports the current account deficit fell to $3.1 billion in March, the lowest ratio as a share of GDP in over 37 years.

Underpinning the March quarter result were strong rises in export values of both rural and non-rural goods, with large rises reported in cereals, meat, iron ore and coal.

The value of services exports also continue to increase steadily, reaching $18.6 billion in the March quarter.

Mr Ciobo said trade agreements, including those with China, Korea and Japan, will continue to deliver substantial benefits for Australia for decades to come.