Australian exporters warned to be cautious when dealing with Turkey 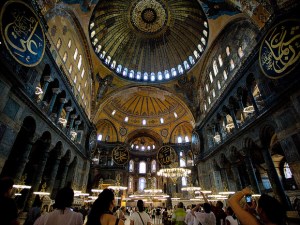 Turkey is Australia’s 33rd-largest trading partner and is generally considered to be easy to do business with but Australian exporters to Turkey may need to exercise caution in the near-term.

However, Turkey’s credit rating has been downgraded by most rating agencies in the wake of last year’s attempted coup. The ongoing political uncertainty, while somewhat improved, is not enough to give agencies confidence in Turkey’s stability nor its ability to grow economically.

The payment behaviour of many Turkish businesses has deteriorated since 2015 and key sectors will continue to face problems in 2017 due to increased uncertainty.

Economic growth has fallen to 2.9 per cent from an average of 6.1 per cent between 2012 and 2015, and unemployment is at the highest rate in the past seven years. Inflation is increasing steadily.

However, Turkey’s economy is based on strong foundations so it’s likely the country will be able to improve its credit rating with strong, responsible fiscal policies.

The government has stepped up fiscal spending to stimulate faltering domestic demand and it has also taken measures to support credit growth. This has led to some improvements in economic sentiment and activity but the economic outlook for 2017 remains subdued.

The key negatives include a sharply-depreciating Turkish lira, a 40 per cent reduction in foreign direct investment, and a 30 per cent drop in portfolio capital inflows and tourism arrivals. The current account deficit is expected to increase to almost five per cent this year.

And, while the exchange rate has stabilised recently due to monetary tightening measures by the Central Bank, the Turkish economy remains susceptible to further capital outflows and currency volatility.

The current economic climate has affected all of Turkey’s main industries and has manifested as a deterioration in payment behaviour. Businesses are seeking extended payment terms and delaying payments, while the value of unpaid receivables has considerably increased.

Business insolvencies are on the rise and 80 per cent of newly-established businesses currently fail in their first three years of operation.

For Australian exporters, we’ve highlighted what you need to be aware of for seven key industries:

1. Automotive: Turkey’s second-largest export sector is supported by increased demand in Europe, so it’s in good shape. Payment duration in this sector ranges from 30 to 60 days and payment behaviour is generally stable. However, foreign exchange risks, fierce competition, high taxes and the plethora of undercapitalised businesses do pose risks.

2. Chemicals and pharmaceuticals: This sector depends on imports so profit margins have been eroded by increased exchange rate volatility but the pharmaceuticals subsector is still performing well. Average payment duration is 150 days.

3. Construction: This sector faces subdued activity, especially in the residential segment. Too many players in the market mean competition is fierce, putting pressure on margins. Payment duration is 120-180 days and payment experience has been negative over the past two years.

4. Consumer durables retail: In 2016, private consumption contracted and is forecast to grow only about two per cent this year due to higher prices for imported goods, higher interest rates, and lower consumer confidence. Payment delays and insolvencies are on the rise.

5. Machines: Machinery businesses in Turkey depend on exports to Russia, Iraq, and Azerbaijan, which have experienced their own political and economic problems. Competition is high and volatility is a major issue. Payment direction is between 90 and 120 days.

7. Textiles: The Turkish textiles industry has shown a deteriorating trend in recent years due to a combination of excess capacity, lack of branded production, low capitalisation, decreasing domestic and export demand and fierce competition from Asia. Many businesses suffer from high indebtedness and weak liquidity, and non-performing bank loans amount to around six per cent.

Australian businesses looking to do business in Turkey should protect themselves. It has the highest domestic default rate in Eastern Europe, with 61 per cent of the total value of domestic business-to-business invoices paid late.

That doesn’t mean Australian exporters need to avoid Turkish businesses altogether. By remaining vigilant and doing due diligence before committing to transactions, Australian businesses can reduce the risk.

Working with a trade credit insurance provider such as Atradius can also help, as it can provide information on individual organisations’ likelihood of paying on time, as well as covering the exporter for non-payment.