No longer is supply chain congestion the predominant cause for concern for Australian importers – instead, manufacturing is.
David Aherne, international freight forwarder read more
Our new e-magazine is OUT NOW. Click here to read.
REGISTER ADVERTISE
SUBSCRIBE TO OUR FREE NEWSLETTER
PUBLISHED | NOVEMBER 27, 2014
COMMENTS | NONE
Tweet

Senior business leaders elected to Australian Made Board 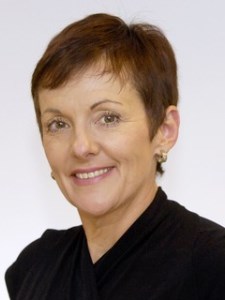 Four senior business leaders were re-elected to The Australian Made Campaign Board of Directors at its annual general meeting this week.

Kate Carnell, Chief Executive of the Australian Chamber of Commerce and Industry (ACCI) network, was confirmed as a Director after filling the causal vacancy created by the resignation of former ACCI Chief Executive, Peter Anderson.

The Australian Made Campaign is the not-for-profit organisation that administers and promotes Australia’s registered country-of-origin certification trademark.

The Australian Made Campaign’s national Board comprises 10 directors, elected by the organisation’s 11 members – the ACCI and its network of State and Territory Chambers, and the National Farmers’ Federation.

No changes to the organisation’s constitution were made at the AGM.

More than 2000 businesses currently use the Australian Made symbol on about 15,000 products sold around the world to clearly identify their products and produce are genuinely Australian.