‘UK wine exports are at their highest level in a decade’
Rachel Triggs, Wine Australia read more
Our new e-magazine is OUT NOW. Click here to read.
REGISTER ADVERTISE
SUBSCRIBE TO OUR FREE NEWSLETTER
PUBLISHED | MAY 6, 2019
COMMENTS | NONE
Tweet 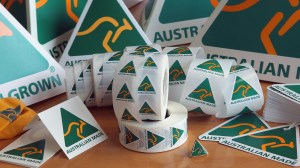 If re-elected the Morrison government will provide $5 million to reinvigorate the Australian Made campaign to help grow exports.

“People all over the world know the ‘Australian Made’ logo means quality. Our plan is about giving hardworking businesses a competitive edge in overseas markets,” he said.

Also, new Australian Made trade marks would be registered in markets like the European Union, the United Kingdom and Canada.

The PM also unveiled a plan to create a new Manufacturing Modernisation Fund to stimulate "at least $160 million worth of business investment" in new technologies and processes to enable manufacturers to employ more Australians.

Traditional industries remain an important part of the Australian economy, employing hundreds of thousands of workers – about 7 per cent of the workforce.

“Our plan for a stronger economy will help take Australian products to the world backed in by the reputation our manufacturers have built over the years,” Mr Morrison said.

Minister for Industry, Science and Technology Karen Andrews said the Coalition would also help small and medium-sized manufacturers invest in new technologies, processes and high-value products so local manufacturers can expand and prepare for the future.

“We want to keep our manufacturers at the cutting edge so they can create more jobs,” Ms Andrews said.

She said the Manufacturing Modernisation Fund would be launched with an extra $50 million of Commonwealth funds to be matched by "at least $110 million from industry".

Business would get access to $20 million worth of matched grants of between $50,000 to $100,000 for smaller-scale investments in technology and efficiency improvements.

And the fund would deliver $30 million worth of grants of up to $1 million to support "more transformative investments in technologies and processes", with industry to provide $3 for every $1 of government funding.

The Australian Made Campaign Ltd (AMCL) has welcomed the announcement.

“It’s important that we foster a manufacturing environment that encourages and assists manufacturers to innovate and build on their success, as well as providing pathways to new markets,” he said. “The end result being a healthy manufacturing sector, job creation and better access to markets.

“The famous green and gold kangaroo brand is ideally positioned to play a key role in the Government’s effort to support local manufacturers in Australia and those taking their goods abroad.”

Mr Lazarro said the AMAG logo has a proven 33-year track record in making the ‘Australian connection’ here and overseas, so it makes real sense to enhance its effectiveness as export markets continue to open up for Aussie manufacturers.

Featured on thousands of food labels

“While much work has been done in extending the reach of the AMAG logo domestically and into Asia, with the Government’s support, AMCL will be able to further strengthen Australia’s reputation for high-quality, clean, green products further afield.”

The AMAG logo is currently used by nearly 3,000 businesses across thousands of products sold all over the world. It is also a central element of the Government’s recently introduced food labelling laws in Australia.

It will be featured on the labels of thousands of food products exported from Australia (in addition to the thousands of non-food Australian exports).

The logo is a registered trade mark in USA, China, South Korea, Singapore and India, with legal proceedings having commenced to register it in seven other Asian countries – Hong Kong, Indonesia, Japan, Malaysia, Taiwan, Thailand and Vietnam.

“AMCL looks forward to working with the Government to help deliver this initiative and help extend the reach of the AMAG logo and that of Aussie manufacturers and exporters,” said Mr Lazzaro.