This year marks an important milestone for the iconic Australian Made, Australian Grown logo – it is celebrating 30 years in the national and global marketplace.

The milestone was formally recognised at a major business dinner in Canberra – at which Prime Minister Malcolm Turnbull was the guest speaker.

The logo was launched in 1986 by then Prime Minister Bob Hawke to encourage Australians to buy genuine Aussie products and produce. It’s now used by more than 2600 business and appears on more than 16,000 products sold in Australia and around the world.

Over the past three decades the logo has achieved some important milestones – including the introduction of the Australian Grown descriptor in 2007 and the incorporation of the logo this year into the Government’s new food labelling scheme.

Under the new scheme the logo will be seen on the labels of nearly all Australian food products by the time it becomes compulsory on July 1, 2018.

The logo, which is universally recognised (98%) and trusted (89%), also features heavily in export markets particularly throughout Asia where consumers are interested in Australia’s enviable reputation for safety and quality. The AMAG logo helps establish that immediate connection to Australia. 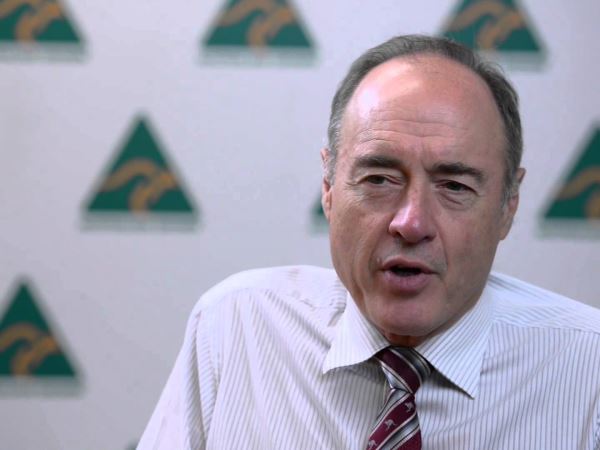 “The logo has been helping establish that immediate connection between Australia and its products for 30 years. It has been great for business and great for consumers,” says Mr Harrison.

“Manufacturing products and growing produce locally still underpins our community. Buying Australian means reinvesting in that community and this helps to create employment opportunities and wealth.”

In keeping with the logo’s celebrations at the Australian Chamber of Commerce and Industry dinner, Mr Turnbull was presented with some limited edition Australian Made Coopers Vintage Ale.