Australian Made Campaign unveils its new Board 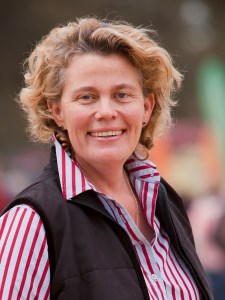 The Australian Made Campaign, renowned for its world famous green and gold kangaroo logo, has elected two new members to its Board of Directors.

This follows the resignation of Robert Gerard (Executive Chairman of the Gerard Corporation) and Alf Cristaudo (former Chairman of the Australian Canegrowers Council) from the Board at the annual general meeting in Canberra last week.

The Vice President of the National Farmers Federation, Fiona Simson, and the CEO of Australian natural medicine manufacturer Martin & Pleasance, Richard Holyman were elected to fill their vacancies.

The Executive Chairman of Coopers Brewery, Glenn Cooper, was also re-elected as the Chairman of the Board of Directors.

The Australian Made Campaign’s national Board consists of 10 directors, elected by the organisation’s 11 members – the Australian Chamber of Commerce and Industry and its network of State and Territory Chambers, and the National Farmers’ Federation.

The board now comprises:

The Australian Made Campaign is a not-for-profit organisation that administers and promotes Australia’s registered country-of-origin certification trade mark.

The average number of businesses registering to use the logo on authentic Australian goods each month has almost doubled over the past year, he said.

And the Federal Government recently announced it would be integrating the symbol into its new mandatory country-of-origin food labelling scheme.

Why the logo has been so successful

Australian Made Campaign Chief Executive, Ian Harrison, said that the strategic direction provided by its Board of Directors had been instrumental to the logo’s success.

“Trust and recognition of the Australian Made, Australian Grown logo has never been higher – almost 2,500 businesses are now using this symbol on approximately 15,000 products sold around the world,” Mr Harrison said.

Mr Harrison thanked Alf Cristaudo and Robert Gerard for their contributions during their time served as directors.

“The Australian Made Campaign is particularly grateful to Robert Gerard, who has volunteered his time as a Director for more than a decade, driving the establishment of critical policies and providing invaluable insights over the years,” Mr Harrison said.