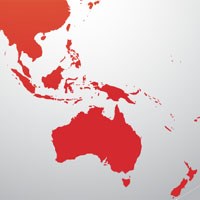 It's Australia's biggest free trade agreement, and a step towards uniting South East Asia as one market, but what else does AANZFTA mean for exporters? Say 'AANZFTA' and someone is likely to say 'bless you', unless they trade in South East Asia. After all, creating a market of 600 million people, which has $1.3 trillion in gross domestic product, is nothing to be sneezed at. On January 1, 2010, the 10 nations of the Association of South East Asian Nations (ASEAN), Australia and New Zealand became virtually one trading bloc when AANZFTA, the ASEAN-Australia-New Zealand Free Trade Agreement, came into force. AANZFTA is significant for a number of reasons. Firstly, it represents the biggest free trade agreement Australia has signed with any entity. On top of that, it was finalised at a time when the global economic downturn threatened to make countries more cautious, resulting in protectionist measures to preserve their economies. Minister for Trade Simon Crean was therefore delighted when this agreement came through, stating that it "sends a positive signal of the economic dynamism of our region and provides a building block for regional integration". The most visible of AANZFTA's benefits is the elimination or reduction of more than 90 percent of tariff lines in key industries including agriculture, minerals, automotive and pharmaceuticals. For more information on the tariff commitments, refer to the Department of Foreign Affairs and Trade website (see Trade Links). For services, the agreement binds the 12 parties to current levels of market openness to above World Trade Organisation commitments, as well as provides a platform for recognition between the countries on competency standards. The FTA further specifies "enhanced procedural transparency and review and appeal disciplines in relation to licensing procedures", which will allow Australian service providers to compete on a level playing field with their ASEAN counterparts. Lastly, for investors, the agreement provides some peace of mind through its requirements to allow investors' funds to be transferred freely and without delay, and for investors to receive prompt and adequate compensation in the event of expropriation or nationalisation of an investment, and also allows legal protection for Australian investments in ASEAN countries, including the right to international arbitration to settle disputes.

The rules have changed

The FTA has also significantly changed the rules of origin provision for products. Rod Morehouse, Austrade's Indonesia-based senior trade commissioner to ASEAN, believes that this could represent the biggest opportunity for small businesses. Under the new rules of origin provisions, a product that has been wholly produced, obtained, or substantially transformed in any of the 12 countries comes under AANZFTA trade rules. This enables Australian manufacturers, for example, to tap into a cost-effective supply chain within ASEAN without being penalised with tariffs. "There's an element that I don't think companies have woken up to, which is how much leverage this is giving them," says Morehouse. "That's a supply chain management issue. That's really interesting because it means the small guys get to play. They may not be big in themselves, but they might control a key element. They can get bigger people to play around with them because they now have these access channels. It'll allow smaller companies to access markets that previously they weren't big enough to take on." He gives the example of a European business selling to the ASEAN market. As Europe is unlikely to forge an FTA matching these concessions, Morehouse suggests it would be smart to invest in Australia or to allow Australians to take charge of the manufacturing in some shape or form, under licence, technological transfer or from an Australian base, for example. Australia's advantage is our robust regulatory system, strong intellectual property protection and advanced skill set, he believes: "We stay in the top in skill set, we don't get lock lower down in the skill set where we're not terribly competitive. And it includes the servicing of that, the financing, the management, the marketing, the packaging, the design of it can all be up to us. The Australians then take that into ASEAN as Australian under the new rules of origin." The only thing exporters will have to worry about is existing FTAs with New Zealand, Singapore and Thailand. Businesses are not permitted to 'mix and match' rules of origin provisions and tariff concessions from both AANZFTA and the individual country agreements. If, for example, you label your product under the rules of origin of one FTA, you must follow through with the tariff measure for the same agreement. This is why exporters should look carefully at AANZFTA and existing agreements and decide which FTA best serves their business.

Morehouse predicts that there are still a number of unifying provisions to come under the agreement: "If you're selling into an ASEAN market today, there's a good chance in the next five to 10 years that that market will be the same everywhere in ASEAN. That's how you should be thinking today to build your net worth for tomorrow." Of particular note will be attaining common standards for labelling, quarantine, and intellectual property, which Morehouse sees as bigger than the tariff side. "If ASEAN can get together and agree on building specifications, for example, or product safety specifications, or food hygiene standards it will make all of our lives so much easier," he says. "It means that you can make to one spec and reach 10 markets." Potential delays may come from transferring legalities, identifies Morehouse, largely due to the different levels of development across ASEAN and the variation of legal origins across the region; for example the Philippines is based on the US system, whereas Malaysia is based on the British system, and Indonesia has a hybrid of Dutch and British. "That, to me, means delay," he remarks. Taxation will also take some time to work out, which would affect Australian investors. While common accounting standards are on their way, "common taxation will take time because tax is linked to government revenue and government survival, and corruption, and that's a big issue," says Morehouse. Marketing will also make a shift. "The customers are changing, they're going cross border. Look for commonality of branding. That's a major change that will allow you to do ASEAN advertising and it may mean you do cheaper advertising if you go to every country," he envisions. Beyond AANZFTA, Morehouse sees positive things globally, particularly with regard to ASEAN's bargaining power with large markets such as China, India and the USA. This FTA is therefore just the start of something bigger that will enable Australia to play a larger role in the world economy. It's also great for free trade in general, he says: "I'm a great believer in free trade and if you open it up, what you're doing is opening up opportunities. If we don't take the opportunities, that's a disadvantage, but that's our fault. "I would rather have a market that's open that I have to compete in, where I have to be really good at what I do, than a market that's closed where I have to fiddle the system to make it work. You can run Australia from behind a wall but that will only take us backwards."

For the full text of the agreement, see the dedicated Department of Foreign Affairs and Trade website at www.dfat.gov.au/trade/fta/asean/aanzfta. Austrade also has an overview with links to doing business in ASEAN at www.austrade.gov.au/AANZFTA. Also keep an eye out for Austrade's AANZFTA seminars in early 2010, designed to highlight changes and opportunities in specific industries.

Ten out of ten

The 10 nations of the Association of South East Asian Nations are: