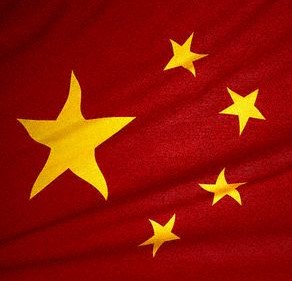 Many Australian exporters have started doing business with the Chinese. Chinese language collateral plays an important role, but there are some special considerations that must be kept in mind. Here are some answers to frequently asked questions: Do I need separate versions of my document in both Mandarin and Cantonese? Mandarin and Cantonese are the names of two different spoken dialects of Chinese. Both Mandarin and Cantonese speakers however, can generally read written Chinese. The more important question to ask is whether the document is destined for the People’s Republic of China (PRC) or outside the PRC. Can I send the same Chinese document to Taiwan, the PRC and Hong Kong? Generally speaking, there are two forms of written Chinese: Traditional Chinese and Simplified Chinese. If you have documents to be used in both Taiwan and the PRC, you will normally require two separate versions. You need separate business cards for Taiwan and the PRC: the Taiwanese cannot read Simplified Chinese. When in doubt, the safe option is to choose Traditional Chinese. What is Simplified Chinese? Simplified Chinese, also known as Modern Chinese, was developed from the traditional form in the PRC in the late 1950s to increase the level of literacy. The complex traditional form was limiting, and was understood and used by only half the population. Around 7,000 Simplified characters replaced some 13,500 Traditional characters. When the PRC was recognised by the United Nations in 1971, Simplified Chinese became the official written language used in China. Singapore also made it their official written language. What is Traditional Chinese? Traditional Chinese, also Complex (or Full Form) Chinese, is the traditional and more complex form of the written language. All Chinese communities outside Mainland China, except Singapore, use it. Traditional users consider it to be a more sophisticated form of Chinese, which is why the Taiwanese refuse to use the Simplified form; another is, as claimants to being the true rulers of China, they could not validate a system sanctioned by Mainland China. - Tea Dietterich is president of the Australian Institute for Translators & Interpreters (AUSIT) Queensland, director of translation agency Multimedia Languages & Marketing, and an advanced NAATI translator and interpreter.