'USMCA is the most important deal we've ever made by far’
US President Donald Trump read more
Our new e-magazine is OUT NOW. Click here to read.
REGISTER ADVERTISE
SUBSCRIBE TO OUR FREE NEWSLETTER
PUBLISHED | FEBRUARY 22, 2011
COMMENTS | NONE
Tweet 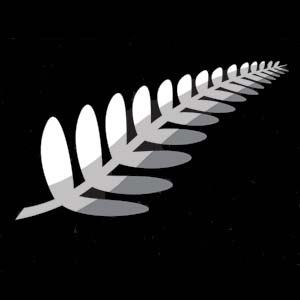 In the midst of a trade rush to the East, don’t forget old friends. Just ‘across the ditch’ (the Tasman Sea) is New Zealand, an almost entirely middle class society with a sophisticated marketplace and the buying power of nearly 4.5 million people. Australia has a strong history of trade with New Zealand, based on similar backgrounds, culture, language and environment. According to Austrade New Zealand business development manager Sharl Gedye, New Zealand is a relatively safe test market for new exporters. For established exporters, a move into New Zealand expands the domestic market by 20 percent (equivalent to adding another Queensland) with relatively small investment.

Australia and New Zealand were both adversely affected by Britain joining the European Economic Community in 1973, losing preferential trade with the ‘mother country’. From the mid-1970s the New Zealand economy contracted as the oil market bottomed out, trade fell and inflation rose. The government increased taxation and foreign borrowing to control consumer prices and maintain employment levels, and in the 1980s a Labour government program of sweeping liberalisation devalued and floated the NZ dollar, introduced a goods and services tax and abolished agricultural and consumer subsidies. The new government sold off banks, commercial forests, telecommunications and infrastructure assets, effectively privatising much of the economy. Since the 1983 Australia New Zealand Closer Economic Relations Trade Agreement (ANZCERTA, or CER) reduced trans-Tasman trading barriers bilateral trade has grown rapidly, averaging 6.2 percent growth each year since 1991.

Trans-Tasman trade in goods and services was valued at $20.6 billion in 2009. By value New Zealand is Australia’s eighth largest trading partner and third largest investment market. By volume, however, New Zealand is Australia’s most important trading partner, the export destination of over 17,000 Australian businesses in the 2008-09 financial year, according to the Australian Bureau of Statistics. Australian products form 17.8 percent of New Zealand’s total imports. With New Zealand’s economy based on primary industries (wool, meat and dairy), Australian exports are concentrated in manufactured goods, services, infrastructure and machinery that supports primary industry. Australia’s biggest exports to New Zealand are medicaments, computer parts, petroleum and motor vehicles. Due to the Trans-Tasman Travel agreement (1973), travel between the two countries is virtually unregulated, with limited immigration controls and virtual freedom of employment between the two countries. There are large populations of Australian and New Zealand expatriates in each country, and inter-country tourism is an important revenue stream for both. New Zealand also recently signed a free trade agreement with China, which may give Australian businesses the opportunity to leverage access to the Chinese market.

In 2009, New Zealand Prime Minister John Key travelled to Australia to meet with then Prime Minister Kevin Rudd to develop a framework for a single economic market. During the past 18 months each government has been working to streamline economic relations between Australia and New Zealand, reforming and reducing regulations so that the New Zealand framework for business operation more closely mirrors Australia’s, and vice versa. The aim is to reduce the time businesses have to spend duplicating information and on bureaucratic processes in each market. Outcomes will include closer cooperation between the Australian Competition and Consumer Commission and New Zealand’s Commerce Commission to allow sharing of information and mutual decision-making for mergers affecting both markets. A single economic market will establish cross-border insolvency processes, supported by the streamlining of accounting and financial reporting standards in each country, and will also coordinate intellectual property regulations with a single IP licence. Australian export success stories range from infrastructure powerhouse Leighton group, which employs 9,000 people across the Tasman, to smaller organisations such as Cobbett Technologies which has been selling animal nutrition products and infrastructure technologies to New Zealand for 27 years. Cobett’s commercialisation director Jenetta Russell says there is a huge market in support products for primary industry. She says New Zealand is a sophisticated market. "I have a high respect for Kiwis because they’re conservative but they’re not naïve. They’re really streetwise, so you have to be your absolute best to succeed over there. You have to work hard to gain their respect but once you do, you have a friend for life."

The New Zealand economy contracted by 1.6 percent after the 2008 recession but has resurged with three consecutive growth quarters and the New Zealand Treasury has projected growth of 3 percent per annum for the next four years, based on the government’s increase of GST to 15 percent and income tax cuts for higher earners. A series of large-scale infrastructure projects are under way to stimulate recovery in New Zealand, including road projects, upgrading the national power grid, developing the waterfront precinct in Auckland and rebuilding in Christchurch after the 2010 earthquake (at an estimated cost of $2 billion). Exporters who sell to government organisations should be aware that procurement has been reformed. Gedye says future procurement will be centrally directed through centres of expertise. "This will likely mean Australian exporters will need to take a long-term, systematic approach to selling to the New Zealand Government. Those companies that spend the time and effort doing so may reap the rewards of larger contracts." Australians sometimes assume the New Zealand market is the same as Australia’s, but Gedye says there are differences. "The most important thing to understand is that New Zealand is a small market. This means that companies with a unique product can get momentum very quickly and cheaply. However, a company with existing competitors that are well entrenched may find it near impossible to get market share, because the country is just too small to support too many competitors." Gedye says New Zealand businesses are often open to less formal arrangements, allowing partnerships to develop naturally based on the best interests of both companies. "The is particularly useful for SMEs new to export that need to iron out their export strategy before committing to something long term."

How to get help

Business New Zealand is the country’s largest advocacy group for enterprise, fostering international competitiveness, regulatory compliance and tax levels that foster growth and investment and is a useful resource for help with research and accessing business contacts. Regional chambers of commerce can provide invaluable advice and support and Austrade has a dedicated office in Auckland and can assist with advice; introductions to potential partners, buyers and investors; export services and market research. The New Zealand Venture Capital Association includes private equity and venture capital investors, corporations and institutional investors, incubators and institutional investors, as well as government institutions with an active interest and capacity for venture capital. New Zealand is a small country and in business, it can be best to work with who you know, rather than what you know, to develop trade relations.

Infrastructure: Opportunities for Australian companies to contribute expertise, products and services in rail, road, water and energy projects. Food and beverage: With similar reputations for purity and quality of produce, Australian and New Zealand companies could cooperate in the food and beverage industry, matching New Zealand’s success as a food producer with Australia’s capacity as a food processor. Agribusiness: as global food trends move towards sustainability, organics and traceability there are opportunities for Australian pioneers in this field to sell expertise and products in this area. Education: Joint ventures and professional development. Franchising: Australian franchises have traditionally done well in the New Zealand environment. ICT: New Zealand has committed $1.5 billion to a broadband upgrade similar to the Australian National Broadband Network. There are opportunities as governments consolidate hardware and software infrastructure, with many government organisations moving into cloud computing. Health: Rehabiliation and aged care as the New Zealand population ages (by 2030, the population aged over 65 will more than double). Conversely, products and services in prenatal and neonatal care are needed as the New Zealand birth rate has increased dramatically in the last four years.

An estimated four billion people will tune into the Rugby World Cup, held in Auckland in September-October this year. Gedye says the opportunities for business are significant, both in an official capacity (supply of goods and services, infrastructure contracts and subcontracts, license tenders and sponsorship roles), and a circumstantial one, where a business positions itself to take advantage of the high visitor influx and the eyes of the world on Auckland. "An event of this magnitude can be key to getting senior businesses down to New Zealand. Various organisations will be trying to capture this value and tap into business matching programs timed for the World Cup," she says. -Philippa Hawken is an operations manager and Chris Simpson a senior business development manager with Austrade New Zealand.