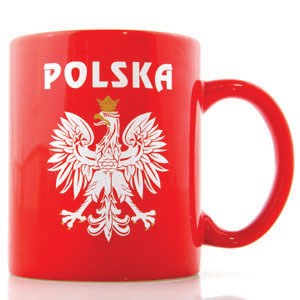 Is it all doom and gloom in Europe? Apparently not: Poland’s resilience to the global downturn has shown why it’s the rising economic star of Central Europe. Poland and Australia both came away from the global economic downturn relatively unscathed, so why aren't we tradingmore? The beating geographical heart of Europe is currently experiencing a velvet crisis according to the Polish deputy Prime Minister, Waldemar Pawlak: "Paradoxically, Poles were helped by the global economic crisis." With the International Monetary Fund (IMF) also describing Poland as the "bright spot in recession-hit Europe", what opportunities can Poland offer the world’s other great economic survivor, Australia? A democratic state with a population of more than 38 million people, in 2008 Poland was the world’s 18th richest country, generating GDP valued at US$525.7 billion. With a temperate climate and beautiful landscape stretching from the unspoilt Baltic coastline to the Tatras mountain ranges, Poland has a strong agricultural heritage and is a leading European producer of dairy, apples, potatoes and rye. Pawlak described Poland’s stable political and economic situation, as "rare as a sunbeam in the midst of polar night" in his May 2009 interview with the Polish Information and Foreign Investment Agency; this has positioned Poland as an entry point into the European market. In the midst of a global economic slump, Poland is actually experiencing something of a renaissance. Poland will achieve a world-leading one percent real growth this year, says the latest IMF Real Gross Domestic Product Forecast for 2009; Australia is second with 0.7 percent. Interest rates were at 3.5 percent in July 2009, and retail trade went up in May by 1.1 percent. Its natural beauty and historical significance are drawing a flourishing tourist trade, and with 20 years of relatively stable politics and economic growth under its belt, overall, the country is looking pretty healthy, despite the global downturn. On August 13, 2009, the IMF’s Delia Velculescu confirmed: "While Poland has not emerged unscathed from the crisis, it has fared much better than its neighbours." Successive years of growth averaging nearly 5.5 percent had increased average Polish incomes and reduced unemployment. The Polish banking system reportedly escaped the global economic crisis with little damage, and consumer confidence as of August 2009 had risen to its highest point for the year. The country is ripe with potential, says Pawlak: "Poland is the region’s biggest politically and economically stable country, and that creates chances for successful long-term investment. Poles account for 24 percent of the region’s population, and produce nearly 40 percent of its GDP. That is an indicator of the Polish economy’s potential."

Given the strength of Australian business at the moment, there is much to be said for striking while the iron is hot. Based in Warsaw, Austrade senior trade commissioner for central, southern and eastern Europe Paul Sanda lists numerous areas of growth across several sectors. "Poland has a significant mining industry: coal, copper and minerals and the opportunities for investment, technologies such as mine planning, management and safety systems are strong," he says. In fact, Austrade is coordinating a mining mission in March 2010 that will seek out new opportunities for Australian mining and mining services firms in Russia, Ukraine and Poland. "There are many opportunities given the synergies between Poland and Australia as a coal supplier, for instance efficiencies in mine safety and security and quality control processes," says Sanda. "Then there’s the whole issue of carbon capture and storage for power generation, and clean coal technologies." Another area of opportunity is information technology, with several companies already active in Poland. Interestingly, Australian online accommodation site Wotif.com recently launched there due to demand, and the take-up has been described as ‘staggering’, reported Polish Business News in August 2009. Other areas of potential include agribusiness, specifically consulting services, food security and advanced processing technologies and large commodity or semi-processed food and agricultural commodities. Sanda comments: "There is demand in some markets also for genetic material and aquaculture technologies, particularly for exotic species such as barramundi." Kevin Witkowski, president of the Polish Chamber of Commerce Australia, supports a push with boutique wine and expensive seafood, and suggests using seasonal differences to our advantage as another possible export tactic: "Poles are big producers of fruit and vegetables and the Polish ‘out of season’ is our prime season."

Many Australian companies in a diverse array of fields are already active in Poland, beginning with real estate development and commercial property development. Packaging specialists Amcor have made a significant investment in Lodz, advises Sanda, while Macquarie is involved in the Gdansk Deepwater Port. Mincom is supplying mine planning and asset management software, while Bovis Lendlease is involved with the supply of project management and construction services. Redflex is another Australian company supplying traffic management and speed control/enforcement technologies. Sanda notes that there are many other companies actively seeking commercial opportunities in "infrastructure (toll roads), investments, food processing, traffic management and ticketing solutions, security and early fire warning systems, consulting and the services sectors". Note also, with the proximity of the Baltic Sea and a large lake region, there are opportunities in the marine sector, most notably marinas and associated services, ship and ferry building and associated services and technologies. Another area of significant potential is franchising, says Sanda, who observes that Gloria Jeans has recently opened stores in Warsaw and Prague.

Australian exporters have an opportunity in education services as well. Specifically in the areas of increased development of cooperative research, exchange programs, specific tender and training opportunities, and the promotion of Australia’s capability in vocational education, according to Sanda. Knowledge-based initiatives are already happening between Poland and Australia, with educational institutions active in both student recruitment and cooperative exchanges. "QUT has recently signed an agreement with the Warsaw School of Economics," says Sanda. "Australia also works closely with Polish companies and government agencies in cooperation on carbon capture and storage initiatives. Through the Australian initiative, Global Carbon Capture and Storage Institute, Austrade will coordinate a seminar in Poland to promote increased engagement in this sector."

"There are no barriers except distance!" according to Witkowski. All we need do is think outside the square, he says, adding: "In Australia’s favour, the EU recognises us as a key trader so that’s a great advantage." Structurally, Poland is the largest of the new EU member states and conforms to EU requirements and regulations in most cases, though Sanda advises some processes differ slightly, such as the tender process. Seek advice through agencies such as Austrade. Last month, the Polish Information and Foreign Investment Agency and Warsaw Business Journal presented a guide entitled ‘Investing in Poland 2010’, which indicated there were still investment barriers to overcome including "the need to limit bureaucracy, streamline the Polish decision and administration procedures and reform Poland’s legal system". However, these barriers are certainly not a deterrent. Poland’s assets include stable economic laws, highly qualified professionals and comparatively low labour costs, says Slawomir Majman, head of the Polish Information and Foreign Investment Agency, and they are being noticed.

Chairman of the British-Polish Chamber of Commerce Martin Oxley says that not only are these factors attractive, but companies are now looking to Poland as a regional platform for establishing operations in Central Europe or in the new markets of Europe: "What you’re seeing take place is a shift going on in the geographic map of business in Europe." All the experts agree, Australia now has a golden opportunity put itself on this potentially lucrative map. "Poles have a right to regard themselves as relative winners in the crisis period," agrees Pawlak. "Any country whose consumption is growing, whose financial system is not experiencing tremors and whose economy has been bolstered by a potent injection of €100 billion of structural funds can well regard itself as a winner." As a member of the European Union since May 2004, this cash injection comes as a result of the EU’s National Cohesion Strategy for Poland’s development. In the years 2007-2013, Poland is set to become the biggest beneficiary in the EU of money for project development. The country also intends to switch its currency to the euro on January 1, 2012 following constitutional changes that will allow it to adopt the currency. Interestingly, it is possible for Australian companies to tap into Poland’s EU funding, says Sanda: "A large proportion of the EU money is going into regional infrastructure and development, and it is possible to access those funds. Obviously, you definitely need on ground assistance from a Polish company that has familiarity with how the process works and what funds are available."

The International Monetary Fund (IMF) says Poland’s resilience owes much to sound economic policies, as is the case in Australia: "Because Poland entered the crisis with relatively healthy fundamentals, the government has been able to implement countercyclical policies. These, in turn, are now cushioning the downturn." And the only way is up, with the IMF expecting Poland's GDP to grow by 2.2 percent in 2010. Australia is currently ranked 51st on Poland’s trading partner list, which Germany dominates as it supplies almost a third of Polish imports. Historically Australia has exported such items as cheese, skins and wool to Poland, but there is now an advanced and technological focus, with medical and veterinary items, alcohol and civil engineering equipment top of the list, explains Kevin Witkowski, president of the Polish Chamber of Commerce Australia. However, the relationship is a bit out of whack, he notes: "In 2007/08, we exported $27 million in products to Poland, but imported $291 million worth from Poland."