Five keys to change in China 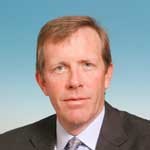 Business conditions have changed in China since the GFC. I’m constantly being asked "What are we seeing on the ground right now in China and across Asia?" During the recent economic downturn, China, along with governments around the world, unleashed massive economic stimulus programs. Since then, the global economy has been showing encouraging signs of recovery, albeit gradually with intermittent volatility caused by government and corporate debts and financially crippling natural disasters. The question many are asking now is-is it sustainable? According to the National Bureau of Statistics (NBS), latest figures show China’s economy grew 11.1 percent year-on-year to hit 17.28 trillion yuan ($2.55 trillion) in the first six months of 2010-an all-star performance many other countries can only dream of matching. But no matter how good they are, official statistics only tell one part of the story, and often fail to take into account the many ways in which China is changing. A few key points stand out.

1. Chinese firms are looking to the domestic market for growth

From the standpoint of our business, the mix of products that FedEx ships internationally hasn’t changed because of the global recession. Post recession, we’re still speeding high-value goods like computers, telecoms, semiconductors and more in and around Asia and across the world to more than 220 countries and territories. But what we move domestically in China is changing. For one, Chinese firms are relying much more on domestic markets rather than overseas markets for growth since the global slowdown. And the rise of the Chinese consumer is boosting domestic trade. In fact, there are more than 1.3 billion reasons why that should spark optimism at a time when many major economies are not out of the woods yet. For instance, anything that Chinese consumers can buy online is doing very well-mobile phones, clothing, medicine, cosmetics. These are just some of the goods FedEx is being asked to deliver in China. As part of this online trading phenomenon, items like credit cards are also being shipped in and across the country. All of this business is growing strongly off the back of home shopping via catalogues, television and the internet, flowing through to the rest of the economy and companies like ours.

Whatever your view on how fast China will grow over the next year, one thing is certain:  there will be plenty of new kids on the block driving that growth. Local companies are becoming a greater force in China and the major economies of Asia, and its mid-tier companies making their presence felt the most.

These companies used to be imitators, producing similar products to large multinational brands in what’s known as the Shan Zhai tradition. Now, they have become innovators, with their own extremely competitive products. So-called ‘bandit’ cellphone makers are among those best known in China for leading the Shan Zhai charge. What they offer-up against big global brand names-is lower priced but high quality products which are spurring growth. And cell phone makers are not the only ones. Take BYD for example-a firm that used to make cheaper versions of brand name cars. But now it’s rapidly evolving to become a global innovator of electric vehicle technology. That innovation has attracted US billionaire investor Warren Buffett -he’s a keen supporter of the company and has invested a cool $230 million so far.

There are many other examples that show China is now clearly in the business of manufacturing innovation. And like the Japanese and Koreans over the past ten to 20 years, the Chinese original equipment manufacturers are not just serving the local market, they’re looking internationally too. One of the trends we’re seeing, for instance, is a push into many emerging European markets-markets that may not yet be dominated by widely known global brands and where there are value gaps that China’s new breed of innovators can quickly fill. China, too, knows it has to continue its policy of openness to reap the benefits of a recovering global economy. Growing brands won’t have a chance of gaining dominance on the world stage unless they can access key markets and stay connected. And it’s no longer just a case of being cheapest and fastest to market. For example, how customers quantify value in terms of reach, speed and access to brokerage and other elements is also changing. The FedEx experience suggests that even the most sophisticated companies are reshaping their business models and supply chains to take advantage of rapidly evolving markets.

4. Manufacturing patterns across China and Asia are changing

China will remain the factory of the world, and even now its manufacturing sector is showing solid signs of improvement. Add to that the fact that much of China’s huge stimulus program is going into much needed infrastructure-infrastructure which is vital in creating better transport links and connectivity with the rest of the world. Nevertheless, there’s a continuing shift in how we see manufacturing and trade taking shape in China and the rest of Asia. For instance, low-value manufacturing of shoes and other goods is moving to lower cost emerging countries such as Vietnam. We’re also seeing more companies "hedge their bets" and set up dual manufacturing operations in countries besides China. They’re retaining their China operations, but with rising costs and related factors, they’re not betting everything on China.

As for the rest of Asia, it has made a comeback. In fact the Asian Development Bank’s (ADB)latest report said that developing Asia’s recovery has gained momentum. Recently released macroeconomic indicators suggested the 2010 growth outlook for developing Asia is stronger than anticipated, driven by buoyant exports, strong private demand, and sustained stimulus policy effects. ADB reported that the Gross domestic product (GDP) in the region is now projected to grow 7.9 percent, up from the 7.5 percent originally forecast in April. The improved outlook is broad based, with projections raised across most subregions. But ADB also warned that "the region also needs to wean itself from excessive dependence on exports to countries outside the region and rely to a greater extent on domestic demand. Expansion of intraregional trade among Asian countries, especially in final goods, will provide the region with an additional source of resilience against external shocks. Further progress in regional free trade agreements (FTAs) would play an important role to support sophistication of production network in the region". At FedEx, we couldn’t agree more that openness and access to markets are crucial to sustainable growth.

In recent years we’ve seen global supply chains lengthening and evolving. Demand for global distribution solutions has grown, and our customers’ inventory management needs have changed along with it. Trends continue to point toward a demand for both air and ocean freight forwarding services. For companies looking to manage their supply chains in uncertain times, it’s not just about what’s economical, but also what makes best use of a company’s limited capital. We are in a new world of "inventory in motion". That means we too are constantly in motion. We have to work differently and help companies manage a supply chain for uncertain times. Part of this new operating dynamic is not always how fast a product gets there, but how we can help achieve greater efficiencies for customers. We’re seeing a general market trend towards longer transit times, towards solutions which offer both express and freight forwarding, and towards both economy and premium products. At the same time, customers expect global coverage and end-to-end visibility-and cost savings.

So just where are we headed from here? Asia may have avoided the bulk of the global financial write-downs from this crisis and its recovery is gaining momentum, but there are still many uncertainties ahead in terms of growth. If the past two years’ events have taught us anything, it’s that a global financial crisis of confidence is just that-global. It can spread quickly-even to strong economies like China. Another thing we can see on the ground is that the dragon that is China has started to roar back into life and devour the available capacity on international shipping and express routes. It is now a new world-in terms of shipping, in terms of business solutions, in terms of customers, in terms of markets. We all need to remain watchful and be ready to move with the changes. -David L. Cunningham Jr is President Asia Pacific, at FedEx Express fedex.com/au/