‘Beginning to export can be challenging, but there are massive opportunities for Australian firms’
Karen Andrews, Minister for Industry, Science and Technology read more
Our new e-magazine is OUT NOW. Click here to read.
REGISTER ADVERTISE
SUBSCRIBE TO OUR FREE NEWSLETTER
PUBLISHED | JULY 29, 2009
COMMENTS | NONE
Tweet 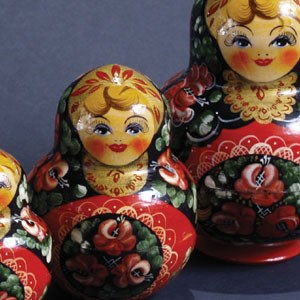 Russia will become one of the world’s superpowers within a few decades. Opportunities exist for Australian exporters in Russia along with plenty of reasons you should welcome this marketrevolution. Of all the four BRIC (Brazil, Russia, India and China) economies, also known as the ‘Big Rapidly Industrialising Countries’ of the world, Russia is without doubt the most misunderstood and under-estimated when it comes to business, investment and trade. However, unlike the other three, Russia has in recent times experienced life as a global superpower and, with the developing world, notably China and India, becoming increasingly dependent on Russian supplies of energy, particularly oil and gas, it won’t be long before Russia resumes its place as one of the world’s largest economies. According to Goldman Sachs, the original architects of the BRIC acronym, by 2050 Russia will be the fifth largest economy in the world after China, the USA, India and Brazil, and the single largest economy in Europe. While badly hit by the global financial crisis in late 2008, Russia’s economy has now picked up across the board, with rising commodity prices, notably a recovery in the oil price, falling inflation, lower interest rates and a slow improvement in credit markets. Furthermore, with a rise of 63 percent Russia’s stock market is the top performing market in the world so far this year, an early indicator of improving economic conditions in the months ahead.

Innovative, entrepreneurial and dynamic Australian companies should take advantage of Russia’s dependence on imports and foreign investment. Research the local market, explore a wide range of opportunities arising from Russia’s rapid resurgence, and develop a market entry strategy to take advantage of a wide range of opportunities in many areas. From a fairly low base, the Russia-Australia trade relationship is growing strongly and offers opportunities across all of Australia’s traditional strengths; food, agribusiness, education, mining and resources. The sector of Russia’s economy that always attracts the most interest and opportunity is the food, beverage and agriculture sector, which was the worst hit by the collapse of the Soviet Union and offers the greatest upside potential in the short to medium term. Food and beverage represents 45 percent of Russia’s total retail trade and is growing at over 19 percent per year compared to approximately 12 percent for non-food sectors. As Russians become more affluent, they demand higher quality, trusted brands and greater variety, which represents great opportunities for Australian players, particularly in meat, dairy, fruit and vegetables, and wine. I was in St Petersburg late last year leading a delegation of Australian investment advisers and researchers. Our group visited a large dairy and vegetable farm on the outskirts of the city and there was general surprise among the delegation, particularly those with agricultural experience, at the outdated machinery and technology. This was specifically identified as an area of opportunity for foreign investment and expertise, and Australia has more to offer than most in this field. Many Australian companies, in all sectors of our economy, survive and prosper in a tough, competitive and, by global standards, relatively small market due to the higher savings, efficiencies and margins that can be generated by leveraging world class technology, machinery, equipment and experience. It is in these areas that Australian companies have a significant competitive advantage overseas. The key is to start exporting our expertise, as well as our products, to the new developing economies of the world.

According to the Department of Foreign Affairs and Trade, two-way merchandise trade between Australia and Russia was worth A$1.194 billion in 2007/08, an increase of 51.5 percent on the previous year. Russia is now Australia’s 33rd largest trading partner. But with Russia destined to become one of the world’s largest and most influential economies, surely we can do better than that! As with all BRIC countries, while Russia upgrades its infrastructure, the greatest opportunity for Australian companies is in their need for software-technology, training, finance and a wide range of professional services-to develop a world-class economy. This provides opportunities across the board for Australian companies and we should foster a greater effort and focus on the rapidly growing sectors of Russia’s economy. According to Austrade Russia: "After evolving rapidly from a centrally planned economy to a free market, present-day Russia is a dynamic and complex place. Its commercial, economic and legal environment has improved markedly, but there is still room for further development. "For this reason, there is strong demand for internationally proven expertise and high-quality professional services. Most Russian companies understand this need and are willing and able to pay for expert advice. Many businesses have a preference for proven commercial services, with price as a secondary consideration. This explains why Russia has become an important market for professional services firms around the world." One area of particular interest to Australia is the rapid growth of Russia’s financial services sector, driven by sustained economic growth, increasing diversification and, as a result of the global financial crisis, a strong appetite for foreign capital through listings, Eurobond issues, private placements and other bank finance. As Russian companies seek to raise capital, so their need for international financial expertise grows-particularly in accountancy, legal and management consulting-and with up to 90 percent of Russian corporate deals based on English law, this represents significant opportunities for Australian firms. Macquarie Bank’s joint venture with Renaissance Capital to develop infrastructure advisory and fund management opportunities is a good example of what is possible, but there is room for many more Australian firms and service providers.

Beyond the demand for capital, Russia’s financial services sector is growing domestically, driven by fast-increasing wealth, rapid bank sector expansion, and leading to the growth of services such as insurance, asset management and superannuation. Australian companies are well placed to benefit from these developments and as the Russian domestic market grows, so too does interest in financial services education, training and qualifications, together with a wide range of other opportunities in technology, software, compliance and back office systems. As Russia’s economy grows, expands and continues to modernise and develop, the rising demand for international IT services will ensure that it continues to attract foreign IT and consulting firms from all over the world. This represents another important opportunity for Australian firms, particularly in the sectors where our economies overlap such as mining, oil and gas, agriculture and telecommunications. However, with increasing PC and internet penetration, a rapidly growing telecommunications sector and rising demand for software and IT services, Australian technology companies will find a wide array of opportunities to pursue in Russia’s expanding economy.

Lack of legal and financial infrastructure may be an area of great potential for exporters, but it is also a hindrance as the process for setting up in Russia can take some time, which can get lost in bureaucracy. As a result, corruption can be a problem in some industries and exporters need to be savvy about what's legal, what's under the table, and what that will mean for their business. The most densely populated areas of Russia are Moscow and St Petersburg in the west and its proximity to Europe means it can be a competitive space for Australian businesses, especially if you don't have operations there and have to deal with time differences. Vladivostok in the east is thus becoming a less competitive gateway for Australian exporters. Language may also be a barrier for the uninitiated. Although English is widely spoken in business circles, you should print your business cards in both English and Russian and consider hiring an interpreter if you don't speak Russian, especially if you are doing business outside urban areas.

The current economic slowdown in Australia represents a timely and opportune reminder to innovative and entrepreneurial Australian companies to start leveraging their local success and experience by targeting the BRIC countries. Nothing could be more important in the search for new customers, new revenue streams and increasing profits, and now is the time for business leaders and entrepreneurs to beat a path to the door of the BRICs. I remember attending an Austrade function on Russia and meeting an Australian entrepreneur with a leading environmental protection business who said: "I’ve done business in all the BRICs and the country we’ve found the easiest to do business in is Russia. They know what they want, make decisions quickly, pay up front and don’t waste time on cultural niceties and formalities. If you want to speed up your export activities, go to Russia!" This surprised me at the time because Russia didn’t present itself as an easy proposition. But, having been to Russia twice in 2008, including witnessing at first hand the financial meltdown of October 2008, I am now convinced that Russia offers significant rewards for those brave enough to take the first step. My advice would be to:

You may find it easier than you think. -David Thomas is CEO of Think Global Consulting (www.thinkglobal.com.au) and a BRIC expert, highly respected for his experience, credibility and passion for identifying, building and facilitating business and investment relationships between developed and emerging countries.

Read on for our case study on one exporter's Russian experience

With just a handful of employees, IBBCO Trading has a reach spanning some 60 countries worldwide. Most impressive is their trade with Russia, which serves east and west alike. While St Petersburg accounts for about 60 percent of their Russian trade, about one-fifth goes to Vladivostok in the east, with other ports making up the rest. IBBCO source meat, seafood and dairy products from Australia and offshore and facilitate trade between countries. Their foray into the former Soviet Union began by recognising a gap in the market. "We knew the country had little agricultural infrastructure due to the harsh climate, so we used these as ammunition tools to penetrate the market and promote our commodity portfolio," says Michael Niblett, IBBCO marketing manager. With no assistance in the initial stages, IBBCO took a punt and exhibited at a trade show just four years ago. They were the only Australian company there and "were absolutely overwhelmed with enquiries". When the credit crisis in 2008 negatively affected the market, with the rouble substantially devalued and Russian importers unable to pay for shipments as a result, Niblett says IBBCO persisted and showed faith: "We overcame the drawbacks by believing in our customers, and diverting containers to other markets if required." He attributes their success to "persistence, belief, presence and reputation" and says: "Importers will generally support you if you support them and show you have flexibility and access to various product ranges." The other aspect of their business is educational: ensuring that their supply chain, particularly offshore suppliers, understands the importance of being logistically efficient, and passing on trading knowledge. "Because our trading is diverse and not concentrated to any one market or product, we have educated potential career marketing aspirants the finer points of trading: how to adapt to different personalities, overcome language barriers, and instil general confidence in promoting the product," says Niblett. -Adeline Teoh