‘UK wine exports are at their highest level in a decade’
Rachel Triggs, Wine Australia read more
Our new e-magazine is OUT NOW. Click here to read.
REGISTER ADVERTISE
SUBSCRIBE TO OUR FREE NEWSLETTER
PUBLISHED | OCTOBER 23, 2009
COMMENTS | NONE
Tweet 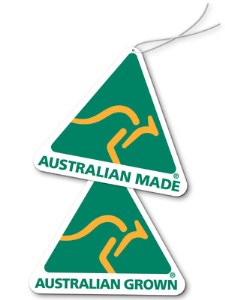 Recent research in the USA and Dubai in the United Arab Emirates by Los Angeles-based Horizon Consumer Science reveals the Australian Made Australian Grown(AMAG) logo is growing in recognition and has very favourable associations. The Dubai research, conducted in July 2009, showed that Middle Eastern importers hold Australian products and produce in high regard. They consider Australian made products as being high quality (60 percent), reliable (60 percent), pure and natural (56 percent), innovative (53 percent) and well designed (52 percent). One in three importers interviewed in Dubai expressed interest in importing Australian products if they were not already doing so. They ranked the AMAG logo as the country of origin logo having the most appeal, with 89 percent of importers wanting to see Australian branding on Australian products.

Two recent studies undertaken in high profile Los Angeles and San Francisco specialist food and beverage chains, following AMAG’s retail promotions earlier this year, showed Americans held similar perceptions of the AMAG logo and Australian products. Australian products are considered by American consumers to be high quality (67 percent), reliable (61 percent), well designed (52 percent) and produced with great care and craftsmanship (51 percent). The AMAG logo was found to be growing in recognition. In Los Angeles, consumers were twice as likely to be familiar with the Australian Made logo (27 percent) as the Made in China logo (14 percent). Not surprisingly, consumers in LA were most familiar with the logos for the USA (51 percent), Canada (44 percent) and Mexico (39 percent). Interestingly, in San Francisco the Australian Made logo (34 percent) enjoyed similar familiarity as the logos for Canada (36 percent) and Mexico (30 percent), which is remarkable considering the obvious proximity of the latter two countries. Of particular note was the very high percentage of American consumers (74 percent of Los Angeles shoppers and 87 percent of San Francisco shoppers) who believed the AMAG logo captured their positive impressions of Australia. These research findings are very positive and illustrate that the AMAG logo is growing in awareness overseas. More importantly the AMAG logo is regarded as a very positive logo that connects people instantly with Australia. It is really rewarding to see our consistent efforts to promote Australian goods through tradeshows, advertising and in-store promotions in overseas markets are paying off.

For 23 years, the AMAG logo has been Australia’s product symbol for genuine Australian goods. The AMAG logo is the most recognised and trusted country of origin brand and can now be found on more than 10,000 products sold here and around the world. Using the stylised kangaroo logo makes business sense. Australia is one of the strongest nation brands in the world and Australian manufacturers and growers are becoming increasingly aware of the benefits bold and aggressive country of origin branding can bring to their goods, here and in global markets. The benefits of promoting products as Australian are many - from marketing directly and effectively to the 67 percent of domestic consumers who prefer to buy Australian products and produce, to giving international buyers a chance to get a taste of Australia and leverage from the strong nation brand. The AMAG logo is administered by the not-for-profit AMAG Campaign. It is now being promoted in selected export markets in partnership with Austrade and with help from the Federal Government. Export activities include in-store promotions, participations in trade shows and supportive public relations in markets such as the USA, Middle East, Canada and Asia, China in particular. Exporters are strongly encouraged to get involved. To learn more about participation in export promotions and how to register to carry the Australian Made, Australian Grown logo, call 1800 350 520 or visit www.australianmade.com.au. -Ian Harrison is the CEO of the Australian Made, Australian Grown campaign (www.australianmade.com.au)