‘UK wine exports are at their highest level in a decade’
Rachel Triggs, Wine Australia read more
Our new e-magazine is OUT NOW. Click here to read.
REGISTER ADVERTISE
SUBSCRIBE TO OUR FREE NEWSLETTER
PUBLISHED | MAY 12, 2010
COMMENTS | NONE
Tweet

What is the Patent Cooperation Treaty? 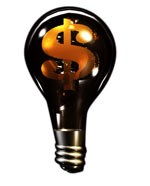 When the caveman first invented the wheel, he didn't make a profit from it. The other cavemen probably thought he was a pretty neat guy, especially when they all started to copy it and their quality of life began to improve, but our Neanderthal ancestors didn’t have the complex financial marketplace and its opportunities that we have today.

Modern-day inventors can now make a profit from their creativity and ingenuity by protecting it from reproduction by their financial rivals. Patents in some shape or form are thought to have been around since 500BC and possibly before, giving inventors a limited time of exclusivity to capitalise on their innovation by making it illegal for anyone else to reproduce its likeness without a licence first, usually for around 20 years. But how do you protect your inventions internationally? Rather than protecting it separately in several countries, the Patent Cooperation Treaty can streamline the process and offer salve to the upfront costs of the process.

The Patent Cooperation Treaty (PCT) is an agreement between its 130-odd member countries that unifies the procedures and international protection for any type of intellectual property that are subject to patents. The main purpose of the PCT system is to provide a simple, unified patent application procedure for filing in multiple countries. The International Bureau of the World Intellectual Property Organisation (WIPO) administers the PCT system.
To file an international PCT application, at least one applicant or inventor must be a national or resident of a country that has ratified the PCT. The application is submitted to a receiving office, of which Australia is one, and the International Bureau notifies all the PCT member countries. If the inventor chooses to proceed with applications for patents in other countries, the application will then be examined according to the national patent laws of each country to which he or she has applied. It is important to note that approval for a patent in one country does not guarantee approval in another.

The entire application process can take up to 30 months, or just over two-and-a-half years, from the date of the first filing with the relevant receiving office. Applications can also be filed directly to WIPO in Geneva, Switzerland. A qualified patent attorney should be consulted regarding the best route for a particular product or invention’s application lodgement. It is not uncommon for applicants to file their own paperwork, but it is not advised given the complex nature of intellectual property laws.
There are two phases to obtaining a patent through the PCT system, the international phase and then the national phase. The first filing is known thereafter as the priority date from which, if your application is successful, you will be able to claim ownership of a patent over any rivals that may have lodged similar patents after the date.
The paperwork is submitted to the receiving office, which then checks the application for any basic mistakes, and assigns it a filing number. Six to eight weeks later, the receiving office then carries out an international search to ensure there aren’t any other inventions already protected that are too similar to grant the patent. The International Searching Authority then produces a report and a written opinion, a part of the process Tony Ward, chairman of principals and senior patent attorney at Griffith Hack, thinks is an excellent opportunity for inventors to refine their product.
"I would argue, as a patent attorney, that the more searches that are done on an invention, the better. At the end of the day, you get a robust patent that will stand the test of time. [Weak] patents are the ones that get litigated and the implications are just horrendous. People like strong patents because, generally speaking, they’re not litigated. People respect their strength and don’t infringe them."
Once 18 months have passed since the priority date, the International Bureau publishes the application worldwide. The application must enter the national phase generally within 30 months from the priority date. For each individual country being applied to, it is vital to check for clarification on their regulations. The applicant must notify each office that the national phase is being entered in that country and the necessary national fees must be paid. The national offices will examine the application under their own domestic laws, possibly carry out a further international search of their own, and either grant or refuse a patent according to their own patent laws.

The way the PCT differs from the similar Paris Convention Treaty is that it allows more time from the initial filing to when separate patent applications must be filed in international countries, while still giving the same protection. The Paris Convention Treaty only allows a period of 12 months in which to decide whether to go ahead, whereas the PCT allows up to 30 months to decide whether an invention is worth protecting internationally.
Ward explains it as a safety net for innovators wishing to analyse or refine their product before sinking substantial amounts of money into protecting it. "Because it buys you two-and-a-half years before you have to enter the most expensive step, it allows you to weed out the dead wood, otherwise you have to commit too early and then you get all bitter and twisted because you’ve spent all this money and it’s been a waste of time."
While an invention is protected if the PCT application proves successful, Ward warns that it can take many years before damages can be sought from imitators or rivals. "You can’t enforce a patent until it’s granted, and it’s not granted until you enter the national phase and have it examined, so that can take another two or three years," he explains. "However, you can get damages back to the date of publication, which can often be many years before the patent is granted. For example, if you’ve lodged your application in 2005, your PCT in 2006, you enter the national phase in 2008 and the patent is granted in 2010, you can’t initiate court action until 2010 but you can claim damages back to the publication date which would be somewhere between 2006 and 2007."
One of the main advantages of filing for an international patent application using the PCT system is that it helps to stagger the fees and charges that lay in wait. "A decent-sized patent filing might cost you around $50,000 in total. The dilemma is that if you’re spending $50,000 on an international filing portfolio [through the Paris Convention system], you’d have to spend it within 12 months and it’s too early. Sometimes the invention isn’t even fully developed," Ward explains. "The beauty of the PCT system is that the A$50,000 expenditure is deferred for two-and-a-half years. That gives applicants the opportunity to decide whether they’re onto a winner or not."

What you need to know

Some countries define patentable subject matter differently, which means exporters must be aware of the regulations of each of the countries they are making applications to. "When you enter the national phase, particularly in places such as Europe, there might be a problem with things like computer software. Some countries have quirky rules that don’t allow certain subject matter to be patented, but the PCT has no such rules," Ward says.
Contact IP Australia (www.ipaustralia.gov.au) or WIPO (www.wipo.com.au) for more information on the PCT system and application procedures in Australia.