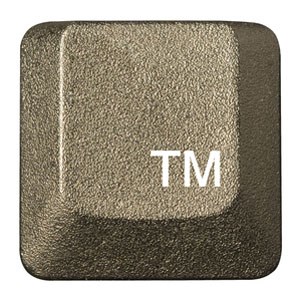 Protecting your brand or trade name is now more important than ever. Registration of a domain name, as with the registration of a businessname or company names, does not give a right to use that name with impunity. As shocking as that may sound, even a natural person has no absolute right to use their own name in business. Attaching your name to a product in trade may in certain circumstances causes deception. This is clear and reinforced by such cases as Bradmill Industries Ltd v B & S Products where Bradmill, a substantial and well known textile manufacturer, was successful in restraining B&S from marketing textile products under the name ‘Bart-Mills’ despite the owners of B&S being Mr Bart and his son. The court took the view that the use of the family name in this instance would cause confusion among consumers. Merely because a name is registered is no defence to a claim of passing off or an action under Section 52 of the Trade Practices Act for ‘misleading and deceptive’ conduct. As noted by Young J in Wallace v Baulkam Hills Smash Repairs (1995): "The purpose of the (business names legislation) is not to create property in a name, but to record for the public protection the identity of the person using the name..." The same applies to domain names. A domain name or URL (uniform resource locator) is simply an internet address. The name and address being governed by a set of protocols between the various bodies that manage the internet. Internationally domain names are regulated by a US-based not-for-profit corporation called the Internet Corporation for Assigned Names and Numbers (ICANN). Each domain name contains a generic top level domain that indicates the type of activity engaged in by the domain name owner e.g. ‘.com’ or ‘.org’ etc. It may also contain a country code, e.g. ‘.au’ that indicates Australia. ICANN licenses domain name registers in various countries, which in turn licences registries such as AusRegistry to maintain a database of names ending in ‘.au’ which in turn accredit various registrars who are authorised to make registrations of domain names on behalf of applicants, in effect selling the domain names.

Is cybersquatting a crime?

Cybersquatting is where a domain name is registered in the name of a person or organisation that has no intention of using it. The registrant merely wishes to occupy the domain name to stop others from using it. Frequently, this is in the context of the cybersquatter in turn seeking to sell the domain name. In the 2003 case of CSR Ltd v Resource Capital Australia Pty Limited, Justice Hill suggested that cybersquatting could be described in "probably less flattering names that could be used that might suggest the conduct verges on the criminal". In many cases it is simply cheaper to pay the asking price and buy the domain name from the cybersquatter than to go to the trouble and expense of seeking the deregistration of the domain registrant following arbitration by an accredited arbitration organisation including the World Intellectual Property Organisation (WIPO). In the United States, the Anticybersquatting Consumer Protection Act 1999 permits an action by trade mark owners against cybersquatters who register, traffic in or use confusingly similar domain names with a "bad faith to profit". There is no similar legislation in Australia. From an Australian perspective it is not always the case that it is cheaper or easier to resolve these disputes by arbitration. Especially if the complainant must first show that the domain name is "identical or confusingly similar" to the trade mark and that the registrant of the domain name "has been registered and is being used in bad faith". In the 2003 CSR case, the court restrained the use of domain names including terms such as ‘CSR’ and ‘CSR Sugar’ by a company that had no obvious connection or interest in these names. In the United Kingdom, in the case of British Telecommunications plc v One in a Million (1998), the court described the domain names secured by a cybersquatter as "instruments of fraud" stating that the use of the domain names with associations to "British Telecom" and "Marks & Spencer" were done "with the purpose of appropriating the (plaintiffs) property, their goodwill, and with an intention of threatening dishonest use". Where there is genuine confusion caused by the cybersquatter between the domain name and a trade mark, consideration should be given to taking proceedings to restrain the cybersquatter from using the domain name.

Section 20 of the Trade Marks Act 1995 provides that the proprietor of a trade mark, from the date of registration of the trade mark, has the "exclusive right" to use the trade mark in relation to the goods and services for which it is registered. But, and this is a big but, notwithstanding the language of the section this does not necessarily give the exclusive right to use the trade mark. Prior use by others may mean that they also have the right to use the trade mark. Very importantly, infringement of a trade mark only occurs where the use of the mark is as a ‘trade mark’ and this means use in a commercial sense or "in the course of trade". It seems clear from cases such as WD & HO Wills (Australia) Ltd v Rothmans (1956) that use for the purpose of trade mark registration does not include "private or personal use". It follows that if the domain name is used for a "private purpose" that this will not be an infringement of a trade mark. An additional difficulty arises because the concept of "use as a trade mark" is not consistent throughout the world. For example, in two cybersquatting cases, one in the United Kingdom and the other in Australia where the issue of trade mark infringement was considered, two different approaches are evident. In the United Kingdom in British Telecommunications Case, the court was prepared to find that the "mere registration" of a domain name was use as a trade mark. In Australia on the other hand in CSR Ltd v Resource Capital Australia the court felt that more was required than mere cybersquatting to constitute use as a trade mark. In the United States the Federal Trademark Dilution Act (1995) has been used to protect trade marks where commercial actions, for example registering a domain name that uses the trade mark of another, causes "dilution of the distinctive quality of the mark". As can be seen in Australia, United Kingdom and the United States, the registration of a domain name which incorporate another person’s trade mark may, depending on the circumstances, constitute an infringement of that trade mark. Registering domain names in a number of countries, without a thorough preliminary search may leave the registrant open to a claim that the trade mark of another has been infringed.

The advantages of a domain name when compared to a registered trade mark appear to include:

Disadvantages of a domain name include:

A word of caution

The laws granting a statutory right to the owner of a trade mark differ between countries. Although gradually becoming more harmonised under the influence of such international treaties as the Trademark Law Treaty, the Trade Related Aspects of Intellectual Property Rights, the Madrid Protocol and various free trade agreements, the legal right to protection of a trade mark ultimately depends on the laws of each country. In many countries, such as Australia, the first to ‘use’ a trade mark is recognised as the owner, while in other countries, such as China, the first to register is recognised as the owner of the trade mark. For this reason it is unsafe to assume that a strategy of registering a domain name alone will provide a platform to claim a prior right to the use of the name. Ultimately, registration of a trade mark in target countries is the preferred strategy to adopt for serious players in the world of international trade. -James Millea is a senior associate at Argyle Lawyers