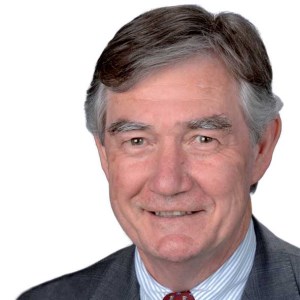 Two of the most difficult experiences I had when working overseas were with trade marks and patents. One of these came about through opportunism, the other a challenge from a competitor who simply wanted to cause disturbance. When you are about to launch a new product, nothing is more depressing than having some little guy turn up at the reception desk and say I’d like to see the managing director please’. After some formal pleasantries he says, "I understand that you are about to launch a new product this week, but are you sure you own the trademark?" And then pulls out of his bag a rough-looking homemade product that sure as hell carries your brand name. The next few words you can probably predict, in a most polite way he says, "It can be yours, of course, if you are prepared to part with US$150,000. Oh by the way, cash will be fine". A series of telex’s later and sadly, at least for me, the little guy was right, he certainly owned the mark and incidentally a whole range of other trade marks of many high ranking multinational companies spread across the world. This may not be common, but I fear technology has made it easier. It does happen and it happens not only to the small unsuspecting companies but also to the big guys who, of course, are a much more valuable catch. In my case and, I suspect, in most cases it was just a matter of money, but it did cost, and it cost in many ways. The first step of course is the solicitors and the argy bargy between his brief and ours. What is different here is that you are in foreign country, all the solicitors know each other, you sadly are the outsider. Weeks go by and finally an outcome between the solicitors is reached. How the final money was divvied up between the three is anybody’s bet. It cost too, in a delayed launch, lost sales and in reputation, the ‘trade’ was less than forgiving. The other case was different as it really was just a try-on by a competitor to create doubt and confusion. I simply received a solicitor’s letter suggesting that my product possibly breached the patent of a local manufacturer. Again it resulted in some fairly expensive legal work, occupied my time and the time of my staff. It became known in the ‘trade’, and prompted questions from many who we relied on to drive the business through the distribution network. It was resolved but money was spent unnecessarily and a small amount of the dirt did stick. The thing is competition in some parts of the world can be dirty. There are people, ‘ambulance chasers’, who grab trade marks for their country as soon they appear and others who will go to any length to disrupt your normal trading pattern. These two cases are relatively minor in the context of things and the outcomes were on the right side of the ledger. But they did cost time and money. My recommendation to anybody is to do your homework first. In a recent article written by Kelly Allison from IP Australia she says, "Before embarking on an export strategy, businesses typically go through a series of crucial steps, obtaining credit, identifying desirable markets and estimating demand; but many fail to think about intellectual property (IP)," and from my experience Kelly is right. She goes on to say that "during a recent survey conducted by IP Australia 41 percent of exporters did not address the topic of IP ownership and confidentiality with their employees, which is one area of risk that would be identified in an IP audit. Before you consider exporting, conducting an IP audit should be top of your list, in order to guard against copycats and protect your brands and profit", a recommendation I fully endorse. One place to start is to log in to Intellectual Property Explorer (www.intellectualpropertyexplorer.com) which is a free, fast and easy online tool to help identify and protect your IP assets. IP Australia also produces a range of Exporting Fact Sheets on major markets which are freely available on its website www.ipaustralia.gov.au. Having worked in various parts of the world, nothing surprises me in terms of the range of copycat products seen on the supermarket shelves, how quickly top movies are available on DVD and how posters bearing photos taken here last week are on the streets in India, China or Indonesia today. Doing your homework is mandatory, and so too is having the right legal team on your side if things do go wrong. Australian legal firms have relationships with many firms that operate in foreign markets, it really is in your best interest to make sure you get the right advice upfront and have the advisors in place for if and when you need them. Having people turn up at your reception with a demand or receiving letters from solicitors from places outside of Australia is no fun. You may wish to follow us on Twitter, using the handle @aussieexport