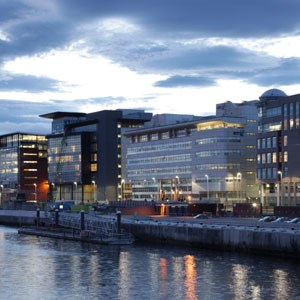 With hundreds of years of financial tradition, Scotland is a must-consider for Australian finance companies looking at expanding to the UK and Europe. The Scottish financial services industry is one of the most competitive in Europe, and one of the most important and fast-growing sectors of the Scottish economy. Scotland is now recognised as one of Europe’s leading financial centres, comprising a mix of local companies and some of the world’s largest financial institutions. Scotland’s financial expertise goes back as far as 1616, when John Napier of Merchiston, Edinburgh created the decimal point during his work on logarithms. In 1826, the Royal Bank of Scotland printed the world’s first double-sided banknotes and in 1837, Scotsman Robert Fleming pioneered investment trusts as a vehicle for investing in the USA. Banking, insurance, investment management and asset management and administration are particular strengths of the Scottish financial services industry, which employs more than 91,000 people and generates £7 billion (A$12.6 billion) for the economy annually. A number of the world’s largest financial institutions have seen the advantages of establishing a presence in Scotland, including JP Morgan, Citigroup, Morgan Stanley, Bank of New York Mellon, State Street, and BNP Paribas. JP Morgan’s centre of excellence for software and application development just outside Glasgow is one example of how Scotland’s expertise in finance and technology has added value to a world-class company. There are a number of reasons why major companies such as these are choosing Scotland as a base for their financial operations in Europe:

These features have enhanced Scotland’s attractiveness as an investment destination for some of the world’s leading players.

Given the breadth and sophistication of the Scottish and Australian markets and the long historic and cultural links between Australia and Scotland, a number of opportunities exist for Australian companies in Scotland. In recent years a number of Australian financial services companies have established a presence in Scotland including First State Investments, National Australia Group and Bravura Solutions. First State Investments, for example, is the international arm of Colonial First State Global Asset Management and part of the Commonwealth Bank Group. First State is a specialist asset management business that expanded to Scotland in 2000. The company employs more than 100 people in its St Andrews Square office in Edinburgh, one of the top asset management centres in Europe. Scottish Development International, the international economic development agency of the Scottish Government offers tangible support and guidance for Australian companies expanding to the financial services sector in Scotland. Scotland and Australia enjoy ties that extend back more than 200 years, with the commercial links between the two countries present since the time of Australia’s settlement. With a common language and culture, and the world’s highest number of golf courses per capita, Scotland is an ideal location for Australian financial services companies expanding to the UK or Europe. -Iain Steele is the country manager of Scottish Development International in Australia and sits on the NSW Council of the Australian British Chamber of Commerce