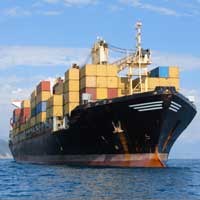 As the world adjusts to using fewer resources and our global economy relies increasingly on international trade, shipping carriers are under pressure to reduce shipping’s environmental impact. While some pressure comes from regulations imposed by the International Maritime Organisation (IMO), the majority is coming from businesses focused on reducing the carbon footprint of their supply chain. Shipping by sea is the most energy-efficient mode of transport, performing far better on CO2 emissions per tonne of cargo carried than by rail, truck or air. In fact, the world’s fleet of container vessels is estimated to contribute 3.3 percent of all CO2 emissions worldwide-a figure that some may argue is small considering the scope of container shipping, but one that nonetheless is putting container carriers in the environmental impact spotlight. This pressure has driven R&D investment from carriers to find solutions to reduce the impact. The list includes everything from improved engine design, optimisation of ventilation systems and efficient hull and propeller maintenance, to research projects involving the application of fuel cells and alternative energy sources. Generating power from heat An example of early innovation is the Waste Heat Recovery (WHR) system, which utilises heat contained in engine exhaust gases to generate steam. On a ship, that steam is channelled to the turbo generator that powers the vessel, adding energy without using more fuel. Maersk, one of the world’s leading shipping companies, installed its first WHR system in 1988 and has since reduced fuel consumption by nine percent. WHR research is undergoing a revival as Maersk continues to install systems on all large container vessels ordered, and using knowledge gained in tackling the balance between Slow Steaming and WHR because in general, the faster a vessel sails, the more exhaust, and recoverable heat, it produces.

Taking it slow Slow Steaming involves a vessel operating at lower-than-average speeds at different legs along a route. Doing this not only reduces the fuel needed to operate the service, which in turn decreases CO2 emissions, but also gives vessels more flexibility in ensuring schedule reliability. Between 2007-2009 Maersk, the first global container carrier to implement Slow Steaming slashed CO2 emissions per container by 12.5 per cent. The industry has since followed with Bloomberg data showing that in recent months the global average speed for container vessels is 12 per cent slower than two years ago. A new propeller type could save up to eight percent on emissions A contracted and loaded tip (CLT) propeller is an unconventional propeller type featuring end plates fitted to the propeller blade tips - not unlike many aircraft propellers used today. According to the designer, SISTEMAR, this allows for a reduced tip vortex, reduced cavitation, improved manoeuvring and, most importantly, a five-to-eight percent increase in efficiency and decrease in emissions compared to conventional propellers. After comprehensive model testing, a full-scale CLT propeller has been manufactured and installed on one of Maersk’s tanker vessels. The first indications are promising, although more time is needed in operation before making definitive conclusions.