‘Beginning to export can be challenging, but there are massive opportunities for Australian firms’
Karen Andrews, Minister for Industry, Science and Technology read more
Our new e-magazine is OUT NOW. Click here to read.
REGISTER ADVERTISE
SUBSCRIBE TO OUR FREE NEWSLETTER
PUBLISHED | JULY 28, 2009
COMMENTS | NONE
Tweet

What is a forward exchange contract? 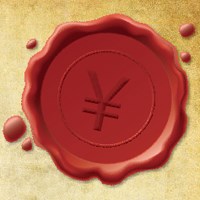 Setting a foreign exchange rate for the future could make a huge difference to your profitability. Learn how foreign currency can work for you and how you might benefit from securing a forward exchange contract. If you’re the kind of exporter who watches exchange rate movements with a little trepidation, maybe it’s time to consider ways of managing your money beyond the daily rate. Fluctuations in the foreign currency market occur for various reasons, but are mostly in tune with traders’ appetite for risk. But the perception of risk changes daily-even hour-by-hour-as political announcements occur, company information comes to light and global events unfold. To avoid the whims of traders, exporters dealing in foreign currency for business transactions are advised to lock in a forward exchange contract. Put simply, a forward exchange contract is an agreement between you and your provider to exchange a specified amount of one currency for another currency on a particular date, using a set rate calculated at the point of making the contract. The aspect that you need to remove from your thinking is that the forward rate is a prediction of the exchange rate at that future date-it is not. "A forward exchange contract is made up of two components: the spot component, which is effectively the rate of the two currencies on the day, and the forward component, which is a reflection of the interest rate differential, the difference between the interest rate in one country versus another over that time period," explains Tim Keith, head of Treasury Management at the National Australia Bank. "At the end of the day there is no other mathematically correct way to do it." Anyone with foreign currency transaction in their business should consider setting up a forward exchange arrangement with their financial institution; most providers will offer this once they understand the foreign exchange requirements of your business. "Any business that has exposure to a currency through importing, exporting or trade of some sort should consider the use of forward exchange contracts. It doesn’t matter if you’re big, small or in between," says Keith. He suggests that a forward exchange contract should centre on existing supply contracts you have with customers. "In some markets that’s just from month-to-month," he says. "Meat is a classic example where there are no long-term supply contracts, they tend to have much smaller tenure forward exchange contracts or they just use the spot market, whereas there are other businesses that have contracts to supply 12 months or two years out. That will obviously increase the tenure of their contract." Forward exchange contracts can be negotiated for up to 10 years into the future, though this length of tenure is understandably rare. "It’s really uncommon because no one has [supply] contracts out for 10 years. What they’re saying is that they don’t consider that their business model will change dramatically in a 10-year period and therefore they’re willing to lock in their cash flow," Keith explains. Your relationship with your exchange provider will help you decide what’s appropriate for your business, so be open about what you want to achieve and what you want out of the contract. "They might say ‘I want to lock in a rate for 12 months’ and then after we talk to them and understand their business, we find out they’re actually going to be paid the currency in six months we’ll say ‘Why are you going for 12 months out?’" says Keith. "That’s simplistic case but that’s the process followed."

The main benefit of a forward exchange contract is knowing how much money you’re going to get for a sale upon payment. Relying on the spot market makes this difficult. For example, you might do a deal where you sell goods with a price tag of US$100,000 to a customer, with a payment term of 90 days. If, at the time of making the sale, the rate was US60c to A$1, then you would have received approximately A$166,667 had the customer paid on that day. However, 90 days down the track, if the rate became US80c to A$1, you would only receive A$125,000. If you had instead entered into a forward exchange contract, it would have taken into account the spot rate and the interest rate of both countries over the quarter. The difference between the present and future amounts would have been a lot less. This is extremely important for maintaining profit margins, says Keith: "It’s about how much their business can afford in terms of exchange rate changes. So if the exchange rate moves 30 percent, does it make the business unprofitable and put them out of business, or do they have such large margins that they can accommodate that?" Certainty also has positive follow on effects including predicting cash flow and other types of business planning, so you may need to consider how having a forward exchange contract may affect other parts of your business. A disadvantage of a forward contract is that you cannot take advantage of the rate if it moves in your favour. If you took out a forward exchange contract and a scenario occurred with the rate US80c to A$1 at first, then US60c to A$1 when payment fell due, you could have missed out on about A$40,000.

A halfway point is to use forward exchange contracts, but only for some of the amount you need exchanged. That way, your business is only partially exposed to currency fluctuations, and you can take advantage of any movements in your favour. To do this you will need to understand how much exposure your business can handle and then combine the best of both the spot and forward rates in a ratio with which you’re comfortable. And everyone is different, Keith adds: "Every business and every manager has their own individual risk profile so some people are happy to accept a little bit more risk and other people are completely risk averse." He says the current global recession has thrown up a few interesting scenarios, especially around the uncertainty of the business environment. This means you need to take care with anything scheduled for the future. "People take forward exchange contracts against future sales or future purchases and when those sales or purchases don’t happen because their buyer goes out of business or can’t pay because of the economic situation, the contract between the bank and the customer still needs to be honoured," he points out. "That can have a detrimental effect on a business’ cash flow. It’s important to consider those possible outcomes." But in general, interest rates around the world have all fallen and that means forward exchange rates haven’t been as crazy as the spot market, where Keith observes there have been "huge fluctuations in currency based on the state of their economy". The arpeggio of the spot market has seen this form of currency management retain its popularity. "People are still looking for forward exchange contracts to get some certainty because with the large movements they can’t afford the adverse ones," says Keith. "Obviously they kick themselves around the positive ones, but they couldn’t have it the other way, so people are still using them."